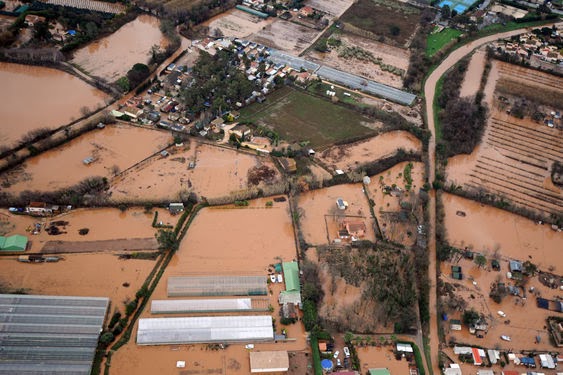 PARIS (AP) - Unusually heavy rains have flooded the French Riviera, leaving two people dead and thousands without electricity or access to roads. The administration for the Var region evacuated some residents and urged others to stay indoors until the waters recede. It said a 73-year-old man was killed in his basement and another man died when his car was washed away by rains. Another man is missing, last seen on his boat. Dozens of roads were closed across the region, which includes resort towns such as Saint-Tropez and and villages in Provence. Up to 20 centimeters (8 inches) of rain were registered over the weekend at some points, and rivers and streams that feed the Mediterranean flowed into residential areas. The prime minister traveled Monday to the area.