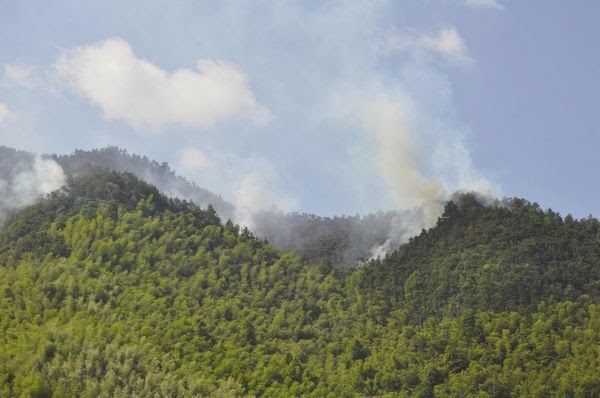 ECNS.CN 2014-01-26 A forest fire that raged over 26 hours has been brought under control in China's Hunan province. It has made some sixty families homeless, but no casualties have been reported. he fire started Thursday afternoon in an autonomous county. Most of the population are ethnic groups, and the wooden structure of their traditional houses caught fire easily, increasing the challenge for fire fighters. The State Headquarters for Forest Fire Control on Friday launched a minor-level emergency response to deal with the spate of forest fires in the country's south and southwest areas. Since Thursday there have been 46 blazes in five provinces, including Jiangxi and Guangdong, where lasting drought and high temperatures have left large amounts of flammable debris in forested areas. 19 fires were still raging as of Friday morning. At least five people have been killed and 7 others injured.