Nine Dead - Landslide Indonesia's North Sumatra Province: At The First Blow Of His Thundering Sword, The Mountains And All Nature Will Tremble In Terror 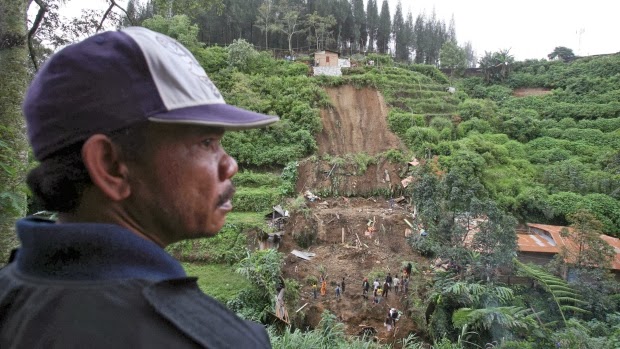 
MEDAN, Indonesia, Dec. 1 (UPI) -- Nine people were killed in landslides caused by heavy rains in Indonesia's North Sumatra province, officials said. The bodies were found Sunday by rescue workers, hours after the landslides buried homes in the Brastagi district, The Jakarta Post reported. At least seven of the victims were related, Karo Police chief Adjunct Senior Commissioner Albert Sianipar said. Evacuations have been hampered by the difficulty in reaching the buried homes, officials said.
at December 05, 2013