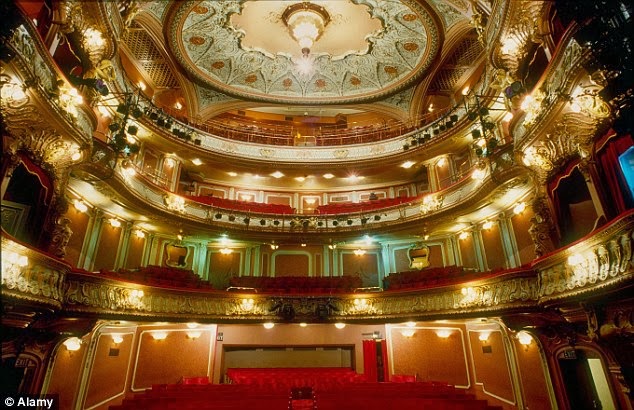 
Dozens of theatre-goers were injured last night when part of a balcony collapsed during a performance at a major West End theatre in chaotic scenes described as being 'like an avalanche'. Police said seven people were seriously injured and there were 81 walking wounded following the incident which happened at about 8.15pm inside the packed 112-year-old Apollo Theatre in London. Masonry from the Grade II-listed theatre on Shaftesbury Avenue plummeted into the stalls below, striking members of the 720-strong audience and filling the theatre with clouds of thick dust. Daily Mail Read More>>>>>
at December 19, 2013