Flooding Northeastern Brazil Kills Eleven: Water Will Give The Earth's Globe Convulsions Which Will Swallow Up Mountains, Cities, etc.. 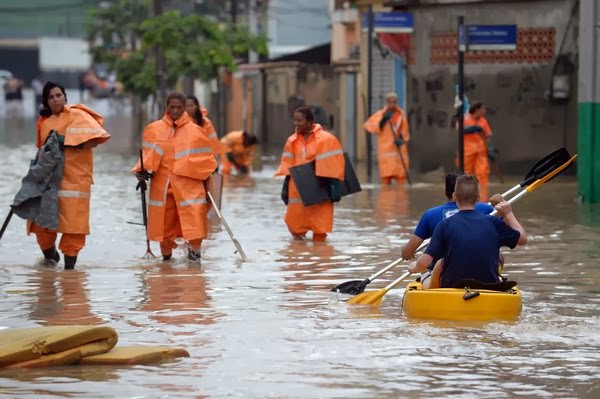 "Water and fire will give the earth's globe convulsions and terrible earthquakes which will swallow up mountains, cities, etc...Our Lady of La Salette 19 Sept. 1846 (Published by Mélanie 1879)

BRASïLIA - At least 11 people died and six were still missing after torrential rains lashed Brazil's northeastern Bahia state, a Civil Defense official said Monday. Some 70 homes were completely destroyed and 200 others damaged in the town of Lajedinho during a violent weekend storm, the spokesman said. He added that rescue efforts were still underway Monday. The town hall and many stores were also damaged in Lajedinho, a town of 4,000 people some 355 kilometres (221 miles) from Salvador, Bahia's capital, the G1 news website said. Residents were quoted as saying streets were under two metres of water. -AFP