Libya Floods Take 6 Souls - Destroy 400 Homes: Water Will Give The Earth's Globe Convulsions Which Will Swallow Up Mountains, Cities, etc.. 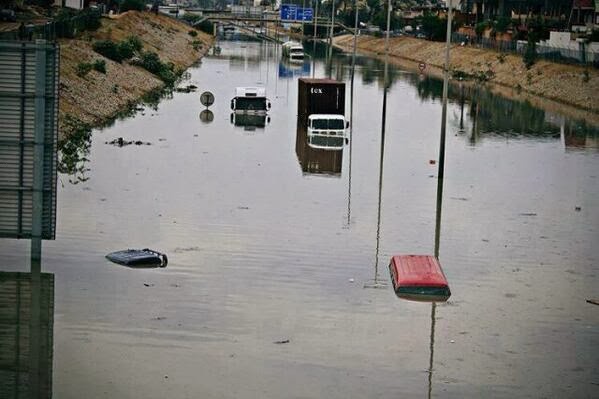 Tripoli, the capital of Libya, has suffered flash floods from 30 November, after seeing some of the heaviest rainfall in 40 years. Although no deaths were reported initially, Libya’s Zawiya Social Affairs Committee’s head Imad Faitouri said on Saturday, 7 December 2013, that 10 people have since died in continued flooding across Tripoli. Roads have been badly damaged, power-cuts ongoing and some areas of the city were under 1 metre or more of flood water. Drainage systems failed which left areas of the city flooded with rainwater and sewage. Furthermore, flash floods have struck elsewhere in Libya after heavy rain on Saturday 7 December. The city of Zawiya, around 50km to the west of Tripoli, saw flash floods that damaged as many as 400 houses and kill 6 people Flood List Read More>>>>