Gaza Floods & Thousands Flee: Water Will Give The Earth's Globe Convulsions Which Will Swallow Up Mountains, Cities, etc.. 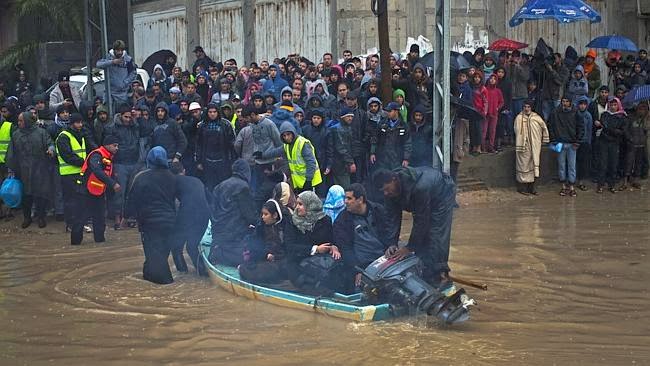 
GAZA CITY, Gaza Strip (AP) — Flooding from heavy rains forced some 40,000 Gaza Strip residents from their homes, including thousands who were taken to safety in boats and military trucks, officials said Saturday. The downpour that began late Wednesday was part of a storm that covered parts of Israel and the West Bank with snow, paralyzed Jerusalem and left thousands in Israel without power. Israeli TV stations showed footage of armored personnel carriers rescuing motorists and said it was the most severe snow storm in decades. Even Gaza with its milder coastal climate saw some snow, though lower-lying areas were mainly hit by flooding. USA Today Read More>>>>>
at December 15, 2013