Our Lady Of La Salette On The Pillars Of Light Appear In Sulu Skies..... 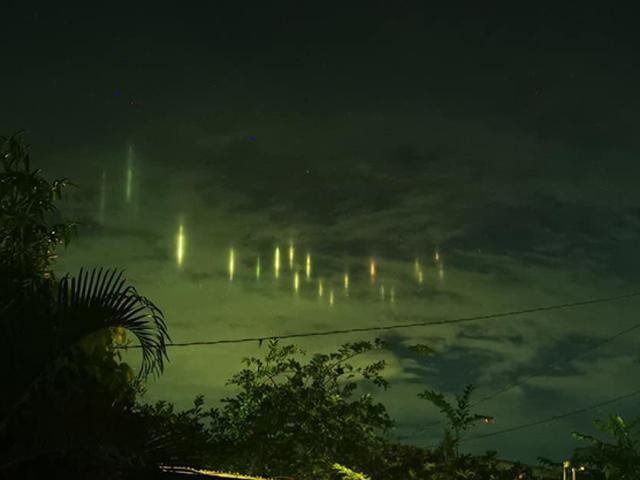 “The demons of the air together with the Antichrist will perform great wonders on earth and in the atmosphere. Our Lady of La Salette 19 Sept. 1846 (Published by Mélanie 1879)

“Everywhere there will be extraordinary wonders, as true faith has faded and false light brightens the people Our Lady of La Salette 19 Sept. 1846 (Published by Mélanie 1879)

"Pillars of light" appeared again in the province of Sulu this year, and were captured in several photos shared by netizens. According to a certain Amarkhan Jidara, who shared several photos of the spectacular dance of lights in the night sky, the latest celestial show they witnessed was last Sunday, June 30, 2019 at 7 p.m. Jidara said residents were awestruck at the sight of lights in the sky. Sulu folks claim they have been seeing the lights for quite sometime already, appearing once or twice a year. Local Tausugs call the lights "Lansuk-Lansuk" or candles. But Tausugs have opposing beliefs about the appearance of the lights. Some think it brings bad luck or tragedy, while others look at it as a sign of good luck. PAGASA explained that the phenomenon is caused by moonlight reflecting off ice crystals in the clouds. Last Sunday's sky show lasted for 20 to 30 minutes, Jidara said. Source 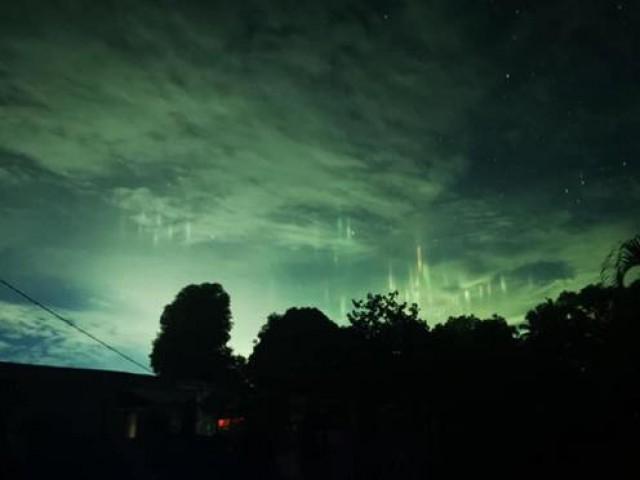