Why Are Thousands Of Animals Leaving Yellowstone Supervolcano? 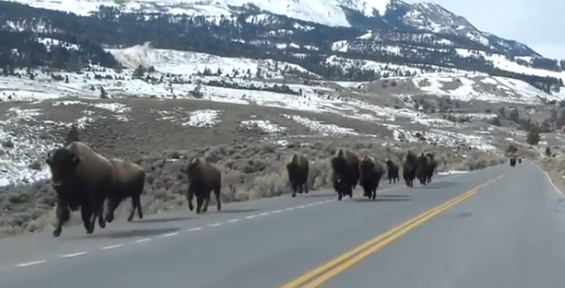 Gregory Rickbeil, a post-doctoral researcher at UC Berkley said: “We found that the immediate environment is a very effective predictor of when migration occurs.” The Yellowstone study combined GPS data and satellite imagery to track more than 400 animals from nine Yellowstone herd Every Spring, the elk climb up into higher areas and return to the Yellowstone valleys and plains by the start of Autumn. But retreating snowlines and greening grasses are forcing the animals to migrate later than in previous years. In some cases, female elk were found to leave in early May but then leave in late July the very next year. In 2015, for instance, the Yellowstone elk were found to travel to their winter grazing ranges on average 50 days later than in 2001. The incredible study of Yellowstone volcano’s wildlife was published in the journal Global Change Biology. Arthur Middleton, a professor of wildlife management at Berkley, said: “The decisions that these animals make about when to migrate are absolutely dependent on changes in the landscape, changes that are ultimately governed by the climate. Source
at June 17, 2019