SUDDEN DEATH OF David And Michelle Paul By INFECTIOUS DISEASE - Just Days After Flying In The Habitat Of Demons Of The Darksome Atmosphere....

Our wrestling is not against flesh and blood; but against Principalities and Powers, against the rulers of the world of this darkness, against the spirits of wickedness in the high places. Ephesians 6:12

In the year 1864, Lucifer together with a large number of demons will be unloosed from hell Our Lady of La Salette 19 Sept. 1846 (Published by Mélanie 1879)

How to spread deadly infectious diseases in three easy steps.

Plague and famine which will be wide-spread Our Lady of La Salette 19 Sept. 1846 (Published by Mélanie 1879)

A Texas couple's dream vacation to Fiji ended in tragedy when they died of a mysterious illness.  David and Michelle Paul, of Fort Worth, became sick after arriving on the tropical island in the South Pacific sometime between May 22 and 25.    The cause of the couple's sudden deaths remains under investigation as loved ones say the pair, who shared a two-year-old son, were both fit and healthy. David was a veteran of the Air Force and Michelle was a former student athlete, according to the latter's sister-in-law Tracey Calanog.  She said the family received a call informing them of the couple's rapidly deteriorating health on the day before they were due to fly home.    'They knew something was going on in their body and were able to get to the hospital,' Calanog told WFAA. Michelle was the first to die. David was going to be transported to Australia for further treatment, but he died before that could happen.    A US Department of State official confirmed the travelers' deaths and offered condolences to their family.   The department is keeping an eye on the investigation by local authorities. The bodies will be returned to the US after the cause of death is determined.    Family members believe that David and Michelle may have contracted a deadly virus, as the Fiji government had issued warnings about a dangerous flu season in the region.   Source 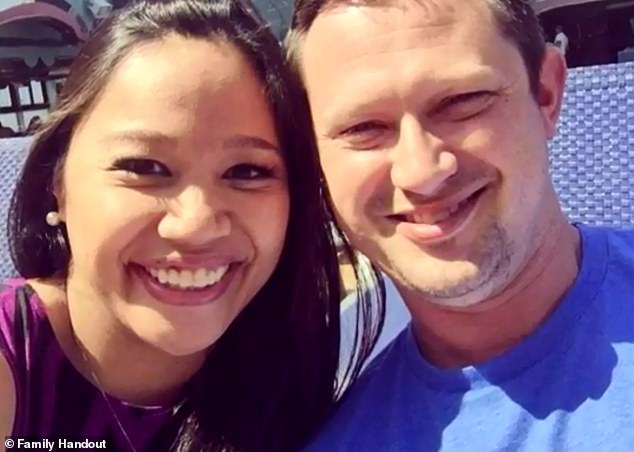 Article 4. Whether our atmosphere is the demons' place of punishment?

On the contrary, Augustine says (Gen. ad lit. iii, 10), that "the darksome atmosphere is as a prison to the demons until the judgment day."

I answer that, The angels in their own nature stand midway between God and men. Now the order of Divine providence so disposes, that it procures the welfare of the inferior orders through the superior. But man's welfare is disposed by Divine providence in two ways: first of all, directly, when a man is brought unto good and withheld from evil; and this is fittingly done through the good angels. In another way, indirectly, as when anyone assailed is exercised by fighting against opposition. It was fitting for this procuring of man's welfare to be brought about through the wicked spirits, lest they should cease to be of service in the natural order. Consequently a twofold place of punishment is due to the demons: one, by reason of their sin, and this is hell; and another, in order that they may tempt men, and thus the darksome atmosphere is their due place of punishment.

Now the procuring of men's salvation is prolonged even to the judgment day: consequently, the ministry of the angels and wrestling with demons endure until then. Hence until then the good angels are sent to us here; and the demons are in this dark atmosphere for our trial: although some of them are even now in hell, to torment those whom they have led astray; just as some of the good angels are with the holy souls in heaven. But after the judgment day all the wicked, both men and angels, will be in hell, and the good in heaven.

Reply to Objection 1. A place is not penal to angel or soul as if affecting the nature by changing it, but as affecting the will by saddening it: because the angel or the soul apprehends that it is in a place not agreeable to its will.

Reply to Objection 3. Some have maintained that the pain of sense for demons and souls is postponed until the judgment day: and that the beatitude of the saints is likewise postponed until the judgment day. But this is erroneous, and contrary to the teaching of the Apostle (2 Corinthians 5:1): "If our earthly house of this habitation be dissolved, we have a house in heaven." Others, again, while not admitting the same of souls, admit it as to demons. But it is better to say that the same judgment is passed upon wicked souls and wicked angels, even as on good souls and good angels.

Consequently, it must be said that, although a heavenly place belongs to the glory of the angels, yet their glory is not lessened by their coming to us, for they consider that place to be their own; in the same way as we say that the bishop's honor is not lessened while he is not actually sitting on his throne. In like manner it must be said, that although the demons are not actually bound within the fire of hell while they are in this dark atmosphere, nevertheless their punishment is none the less; because they know that such confinement is their due. Hence it is said in a gloss upon James 3:6: "They carry fire of hell with them wherever they go." Nor is this contrary to what is said (Luke 8:31), "They besought the Lord not to cast them into the abyss"; for they asked for this, deeming it to be a punishment for them to be cast out of a place where they could injure men. Hence it is stated, "They [Vulg. 'He'] besought Him that He would not expel them [Vulg. 'him'] out of the country" (Mark 5:10).