Amsterdam suspends all flight services due to severe storm

AMSTERDAM: Amsterdam`s Schiphol airport briefly suspended all air traffic on Thursday due to a severe storm, as gusts of up to 140 kph (90 mph) blew down trees and damaged buildings.  "Due to severe weather conditions: all air traffic has been suspended until further notice," Schiphol airport, one of Europe's busiest flight hubs, said in a tweet. Air traffic will "gradually restart around 12:00 pm (1100 GMT)", the airport said. The cancellations notice came shortly after the Dutch national weather service upped its warning to the highest level. Source 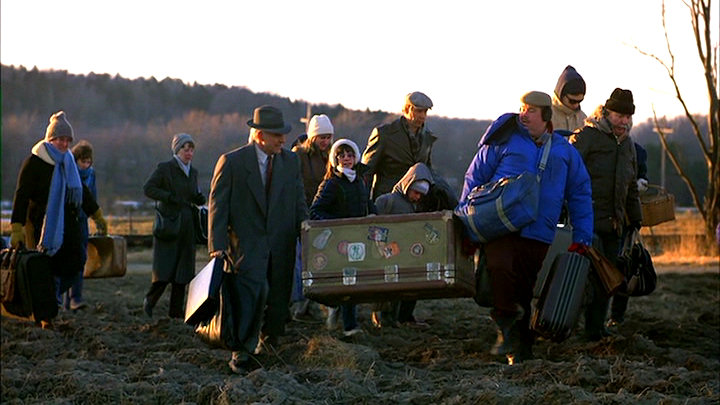 South reeling from Storm Inga: At least 11 dead and 100,000 without power after slow moving storm dumps a FOOT of snow, temperatures plunge to -15 in the wind and thousands - including Dale Earnhardt Jr. - struggle in treacherous road conditions

Several Southern states will be dealing with the lingering effects of a slow-moving winter storm that dumped a half-foot of snow on North Carolina's largest cities, dusted the Deep South and killed at least 10 people.  While Winter Storm Inga moved offshore late Wednesday, and the snow has now stopped, temperatures in the South will remain below freezing until Friday - when there's expected to be a major warm-up.   From Charlotte to Raleigh, North Carolina's five most populous cities all saw significant snow from a system that followed an atypical west-to-east path across the state.   By Wednesday afternoon, Winston-Salem, Greensboro and Durham each had more than six inches, while some places saw as much as 10 inches. Even the beach in Biloxi, Mississippi got a light coating.  Source 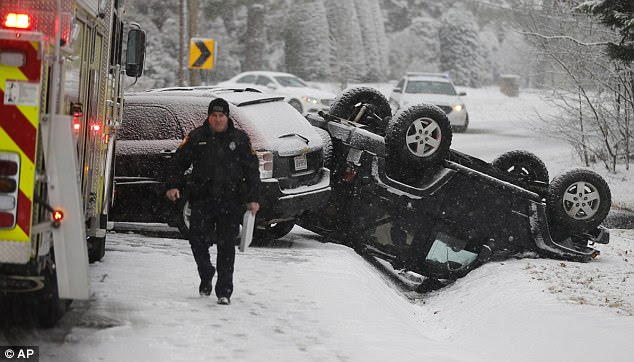