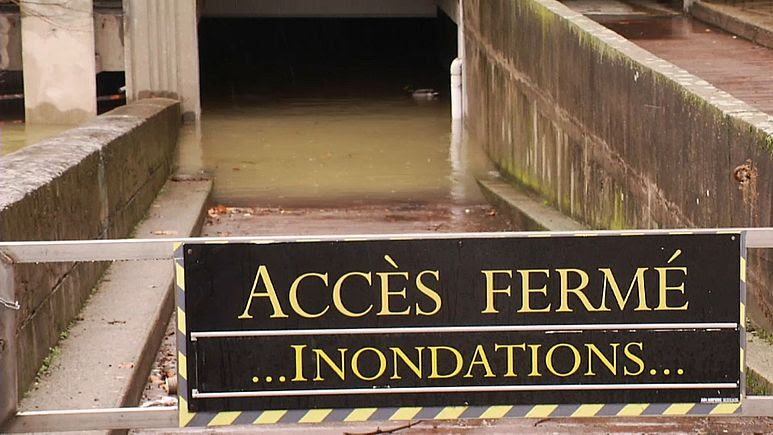 France's second city Lyon has two rivers, the Rhone and the Saone, and both are dangerously high after weeks of rain. The wet start to 2018 that has Parisiens worried and the Louvre evacuating artworks is also raising concerns here, with two rivers meeting to worry about. The city's public underground car parks are being forced to close their lower levels, and the water level could soon threaten some bankside roads. Residents have not seen water levels like this for some time. The last time the city experienced flooding it was mainly in the western Saone approaches, with the riverside road north cut on both sides, and some homes flooded on the north-western outskirts. Source