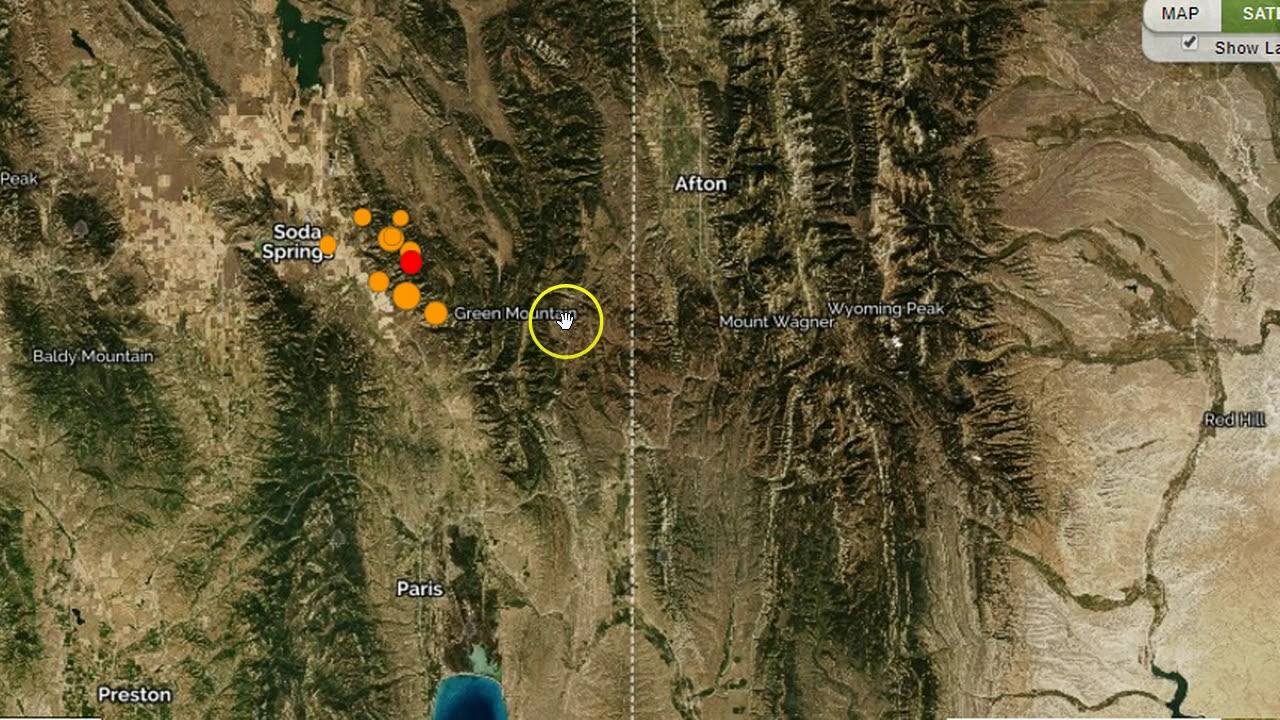 BOISE, Idaho — More than 100 aftershocks have rattled southeastern Idaho since a 5.3 magnitude quake hit near the town of Soda Springs late last week, and experts say they could continue for another week or so. The 5.3 quake hit was the second in the series, and it hit about 6 p.m. Saturday. There were no reports of injuries or damage, though officials say 17,000 people reported feeling the 5.3 quake from as far away as Salt Lake City, Utah. Soda Springs resident JoAnna Ashley was in nearby Georgetown visiting her parents when the biggest earthquake hit. She grabbed onto the shaking refrigerator and watched as a bottle of tiki torch fuel perched on top wobbled toward the edge. Her kids, ages 5 and 8, grabbed onto Ashley during the shaking. "They didn't scream, but were all, 'Momma, what's happening?' in that worried voice," Ashley said. Source