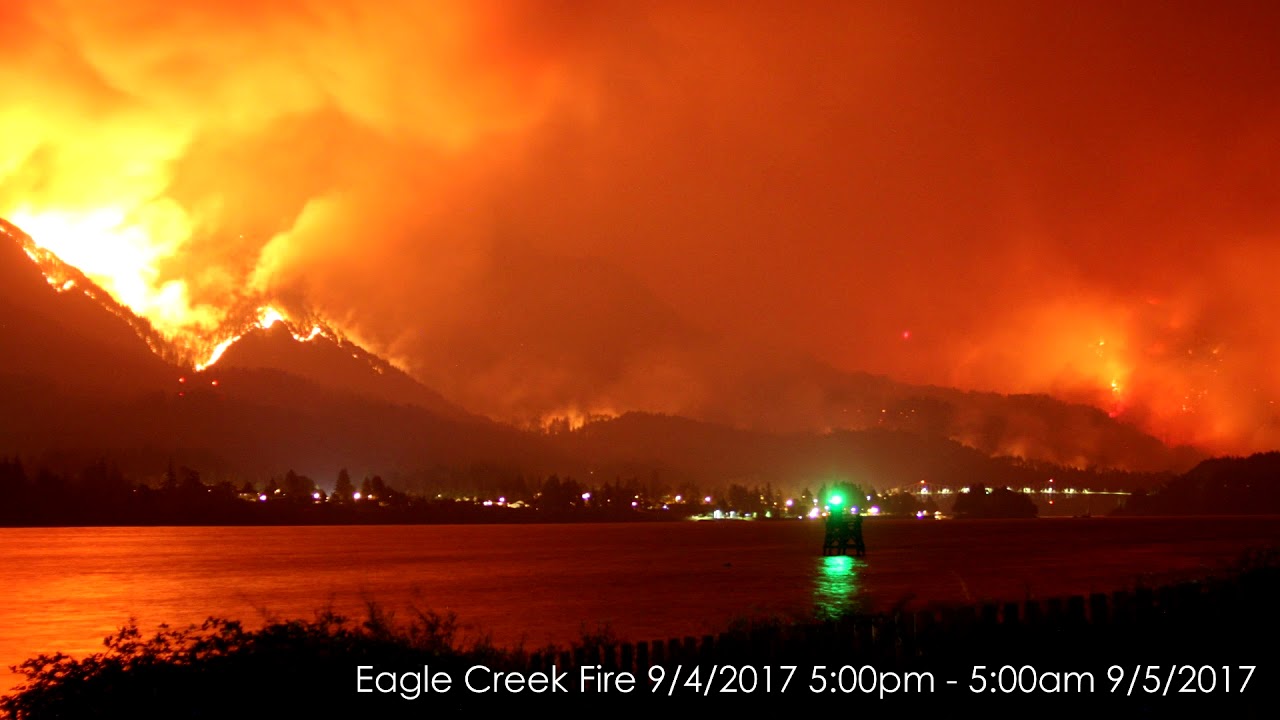 Water and fire will give the earth's globe convulsions and terrible earthquakes which will swallow up mountains, cities, etc....Our Lady of La Salette 19 Sept. 1846 (Published by Mélanie 1879)

After five intense days, firefighters early Thursday said they have finally begun to contain the Eagle Creek wildfire that's torched thousands of acres of the Columbia River Gorge. According to an overnight update from fire officials, the fire is now 5 percent contained. It is the first time officials have reported any measure of containment. Hundreds of firefighters have poured into the beloved national scenic area since Saturday to defend it from the explosive and unpredictable wildfire. Winds and heat have fueled the fire, which at once point jumped across the Columbia River and sparked a blaze in Washington, but calmer conditions on Wednesday helped crews begin to make inroads into containment. Late Tuesday, the Eagle Creek fire merged with the older Indian Creek fire that has burned for weeks farther up the popular trail. The latest official estimate put the size of the fire at an estimated 31,000 acres. Source