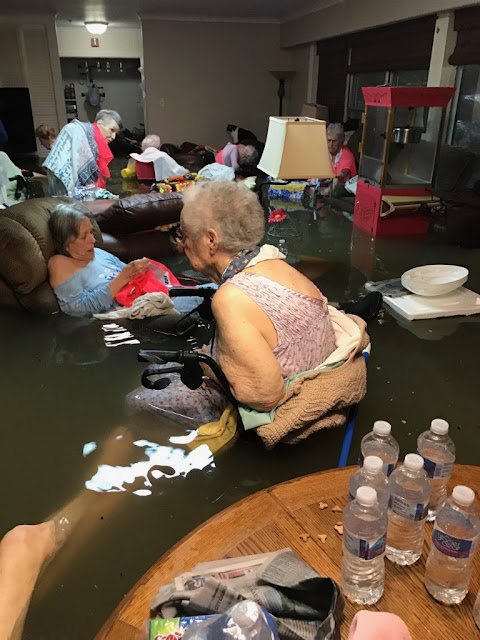 
Fifteen senior citizens were evacuated from the La Vita Bella nursing home in Dickinson, David Popoff, the city’s emergency management coordinator confirmed on Sunday afternoon. A picture of the residents sitting in waist-deep water went viral on Twitter Sunday. Poppoff said the residents were rescued by helicopter. “We were air-lifting grandmothers and grandfathers,” Popoff said. The picture was shared on Twitter by Timothy McIntosh, whose said his mother-in-law owns the assisted-living home. His wife, Kimberly McIntosh, said her mother sent the picture at 9 a.m. this morning. “She said it was a disaster and they were hoping the national guard would come,” Kimberly McInstosh said. Source


"I protest highly against a different text, which people may dare publish after my death. I protest once more against the very false statements of all those who dare say and write First that I embroidered the Secret; second, against those who state that the Queen Mother did not say to transmit the Secret to all her people." Mélanie
at August 27, 2017