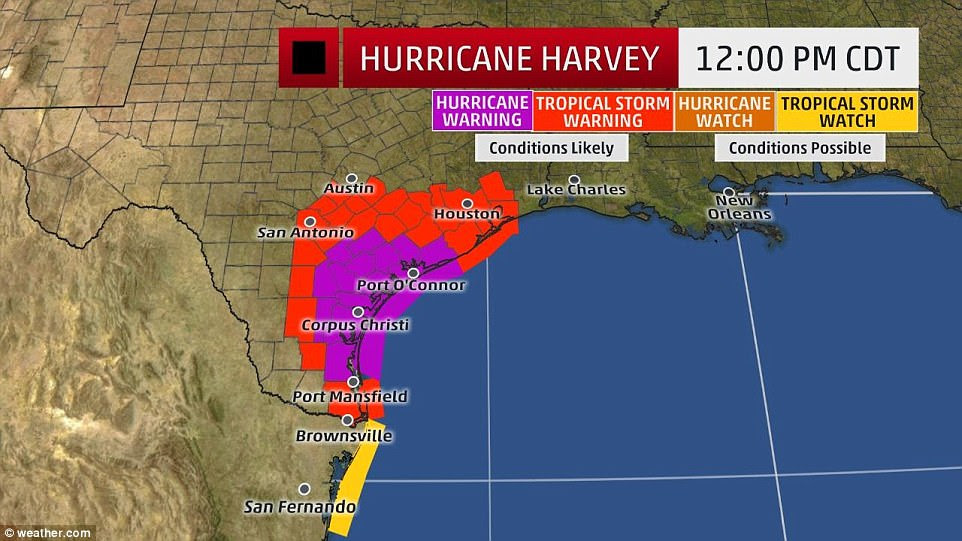 Officials have said that the evacuation window is rapidly closing for the Texas coast as Hurricane Harvey barrels toward the state, which is expecting catastrophic flooding, power outages, winds up to 130mph and 35+ inches of rain on top of storm surges up to 12 feet. Harvey is on course to make landfall as the strongest storm since the devastating Katrina 12 years ago, triggering 'catastrophic' floods in an area that processes some seven million barrels of oil a day - in what could prove a major new test for President Donald Trump's administration. Several counties were put under under mandatory evacuation orders, and residents not under orders to leave were urged to move inland. Source