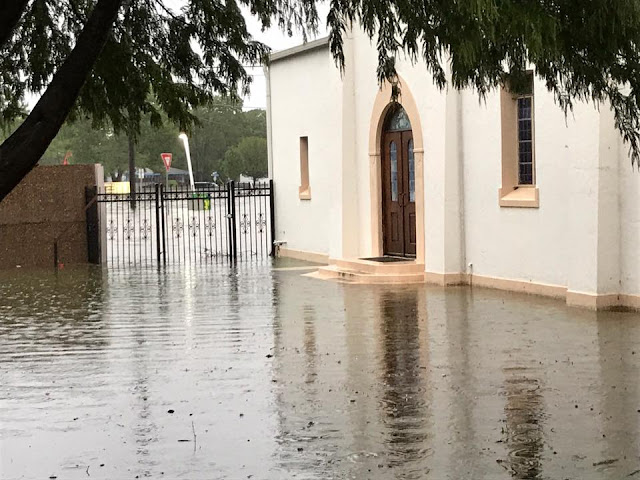 We ask readers to pray for the repose of the soul of "Peter," who drowned on his way to the traditional Latin Mass near Houston, Texas. He was driving to Queen of Angels church, run by the Society of Saint Pius X, on Sunday morning, where flooding in Dickinson, Texas, was much faster than anyone anticipated in that town. The SSPX has posted video showing massive flooding around the parish here. The church itself has not flooded, at least yet, although other buildings on the parish grounds have some water in them. [UPDATE, 29 Aug.: Hurricane Harvey has claimed the life of a second parishioner from Queen of Angels, and water has entered the church.]Sources in Houston report Regina Caeli, the new Priestly Fraternity of Saint Peter parish in the city, has avoided any flooding so far. Hurricane Harvey has devastated the fourth-largest city in America, with much more flooding expected this week. Rorate Caeli

"I protest highly against a different text, which people may dare publish after my death. I protest once more against the very false statements of all those who dare say and write First that I embroidered the Secret; second, against those who state that the Queen Mother did not say to transmit the Secret to all her people." Melanie
at August 29, 2017