WARNINGS have been issued of a possible tsunami within 300km of a shallow magnitude 7.4 quake off the coast of Russia. The epicentre is reported to have been 234km of Nikol’Skoye, Russia, among the Komandorski islands of the Bering Strait. A tsunami advisory has been issued by the US NWS for residents of the nearby Aleutian Islands, Alaska. Initial automated reporting systems indicate the quake happened at a depth of about 10km, potentially sending ripples through the seafloor above. The quake is in the Bering Strait, on the Russian side of the channel which separates it from Alaska. The Komandorski and Aleutian Islands form a chain between the two continents. The region is sparsely populated, prompting the US Geological Survey’s automated threat analysis system to report a ‘green’ level of threat - indicating low human impact. A magnitude 6.2 shock was recorded in the same area yesterday. Source 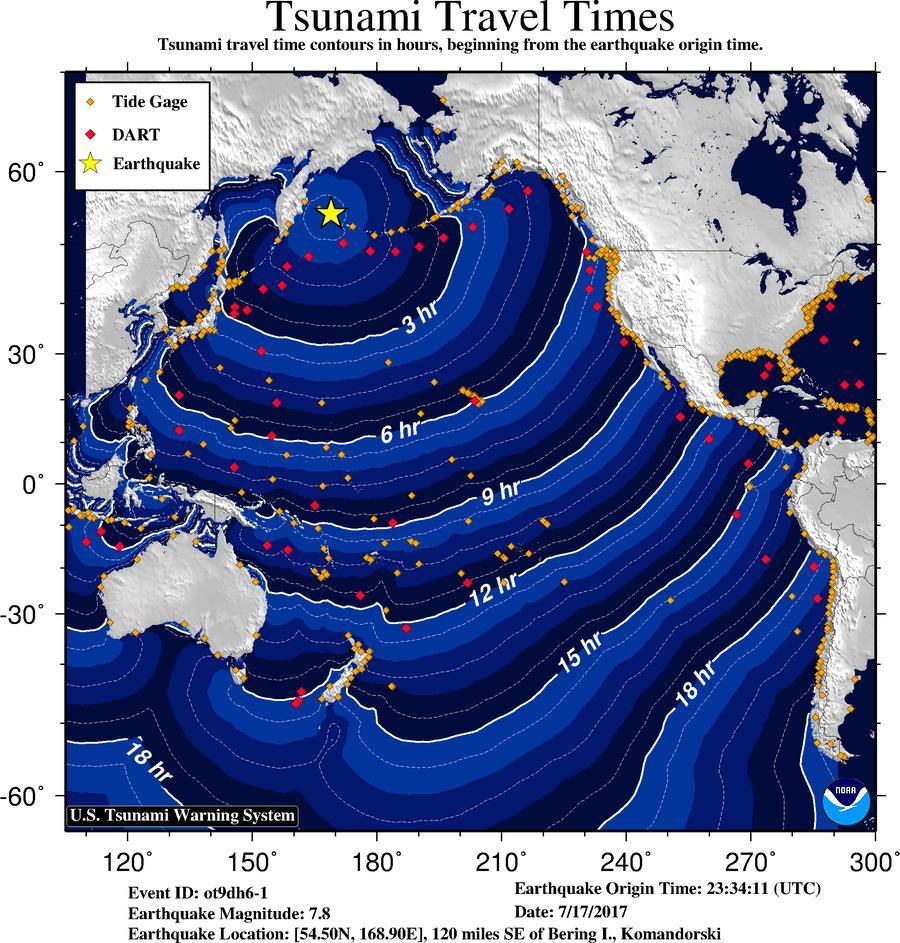