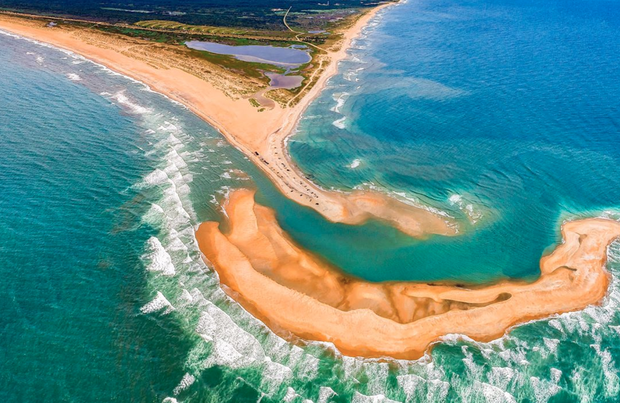 There's a new attraction for thousands of people enjoying the long holiday weekend on North Carolina's Outer Banks. Shelly Island is a destination you won't find on a standard map. The giant barrier island suddenly formed in the Atlantic Ocean, almost overnight. CBS News correspondent Mark Strassmann reports the mile-long island, which measures as wide as a football field, has attracted hundreds of tourists by boat for the Fourth of July. Pilot Larry Ihler told Strassmann the island "has definitely gotten bigger" and is "more built up." Strassmann set out by kayak on Monday to explore Shelly Island with County Commissioner Danny Couch, who is a life-long resident of the Outer Banks. Couch says he's seen barrier islands pop up before, but not like this one, which he first noticed in April. "This is the mother of all sandbars," Couch said. "All of a sudden, right here where we're sitting. It's a hoss. It's huge. It is big." The area off North Carolina's coast is one of the most dynamic ocean environments on Earth -- nicknamed the "graveyard of the Atlantic" -- with more than 2,000 documented shipwrecks since 1585. CBS>>>>>> 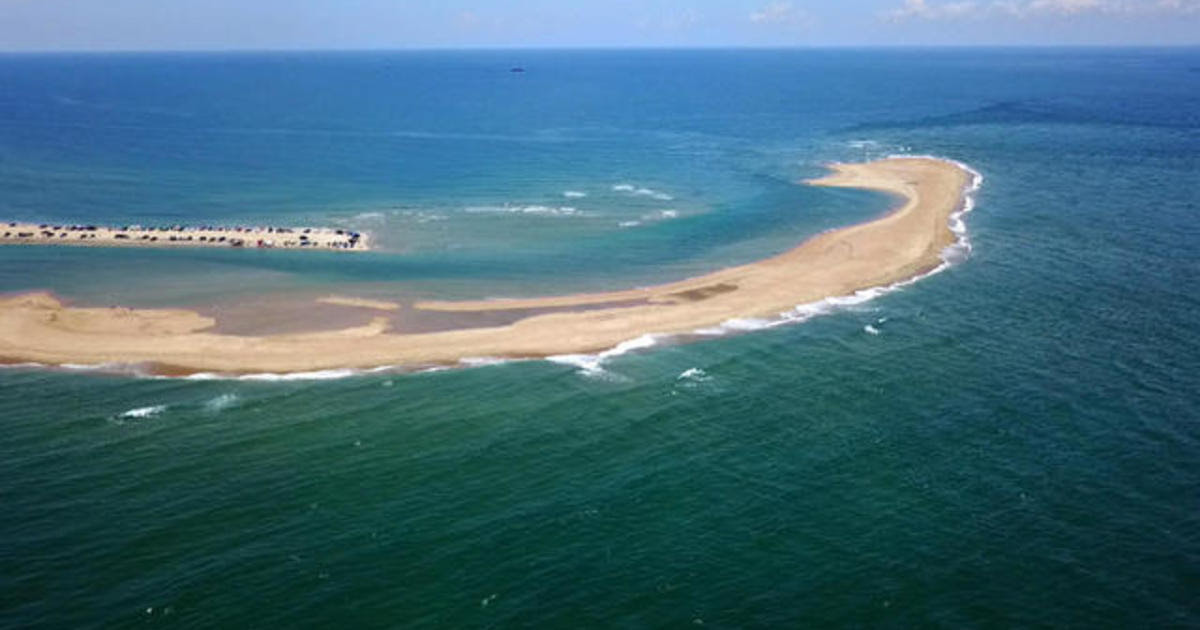