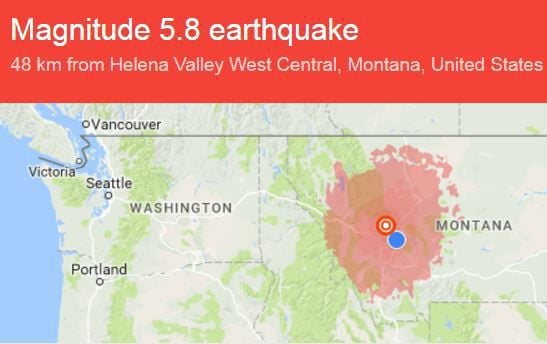 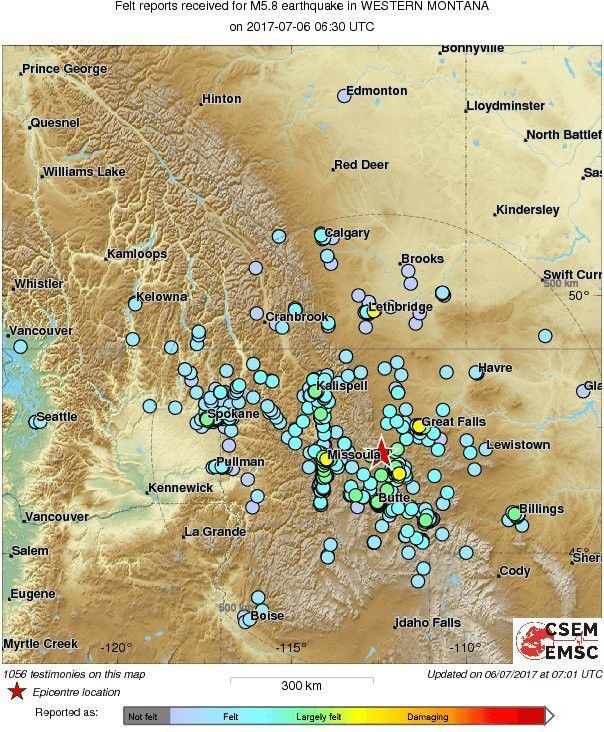 A 5.8-magnitude earthquake that hit western Montana early Thursday morning was felt from Missoula to Billings and some surrounding states.   The quake's epicenter was about 6 miles south of Lincoln, originating from a depth of nearly 3 miles underground, according to a preliminary report from the U.S. Geological Service.  The USGS recorded seven more tremors in the same area within an hour of the initial quake, and they ranged in magnitude from 4.9 to 3.8  The 12:30 a.m. earthquake was strong enough to knock items off of walls and shelves in Helena and Missoula. Lewis and Clark County Sheriff Leo Dutton said Lincoln lost electricity as a result of the quake, but the power has since been restored. Source