Apocalyptic Wildfires Break Out All Over Europe! The Luxembourg royal family are among at least 10,000 people to have been evacuated overnight with many forced to sleep on beaches to escape new wild fires ripping through tourist hot spots in southern France. Holidaymakers fled to beaches near Bormes-les-Mimosas on the Mediterranean coast as a huge blaze, thought to have been caused by an arsonist, swept through the area. La Croix-Valmer's deputy mayor Rene Carandante described a landscape of blackened headlands fringed by charred umbrella pines, where green forest had once framed the azure waters of the Mediterranean. 'It's a disaster area. There's nothing left,' he said. Pictures show a huge fire a few hundred yards away from one campsite with tourists sleeping on the sand having been evacuated in the early hours of the morning and among those is author Robert Harris. The new blaze came a day after France asked for Europe's help to tackle the flames already raging in the tinder dry south, including near the popular resort of Saint-Tropez. 'Apocalyptic' wildfires across southern Europe, sparked by a series of heatwaves across the continent, come as many Britons prepare to set off on their summer holidays this week. Daily Mail >>>>>>> 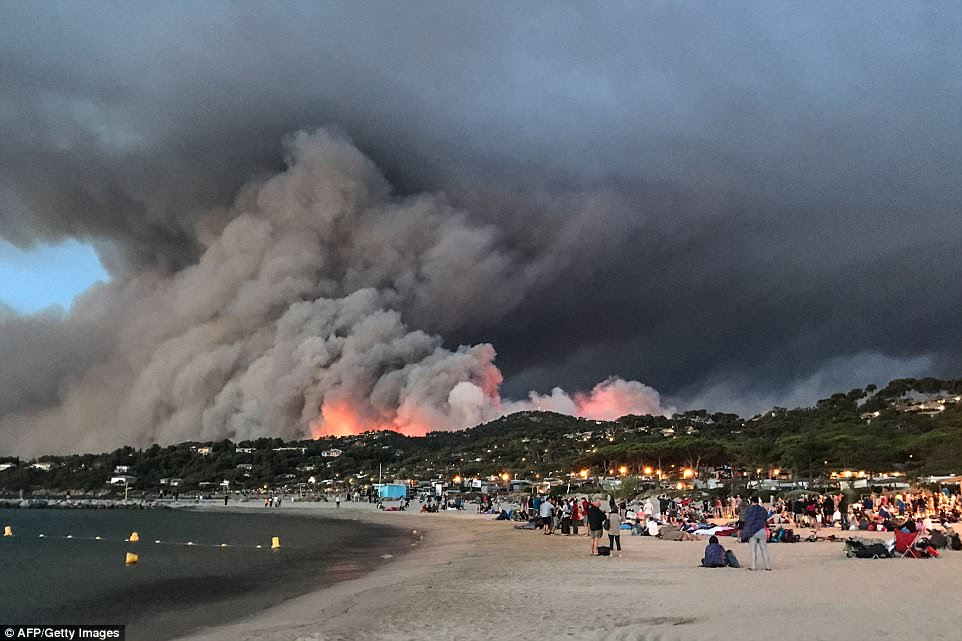