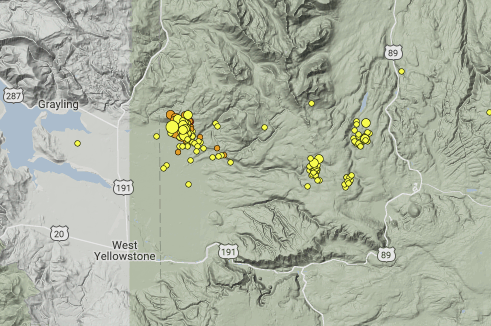 The small earthquake that struck Yellowstone National Park on Thursday night was part of a swarm that has been hitting the area since Monday, scientists say. The quake was centered near West Yellowstone, but was also felt by people in Gardiner and Bozeman. “As of 10 a.m. this morning we had located a total of 235 earthquakes in the area,” said Jamie Farrell, University of Utah research professor of seismology. Yellowstone gets about 1,500 to 2,000 earthquakes every year. About half of those come in earthquake swarms — lots of earthquakes in a small area in a short amount of time. So this activity is fairly normal, Farrell said. Source


"I protest highly against a different text, which people may dare publish after my death. I protest once more against the very false statements of all those who dare say and write First that I embroidered the Secret; second, against those who state that the Queen Mother did not say to transmit the Secret to all her people." Melanie
at June 17, 2017