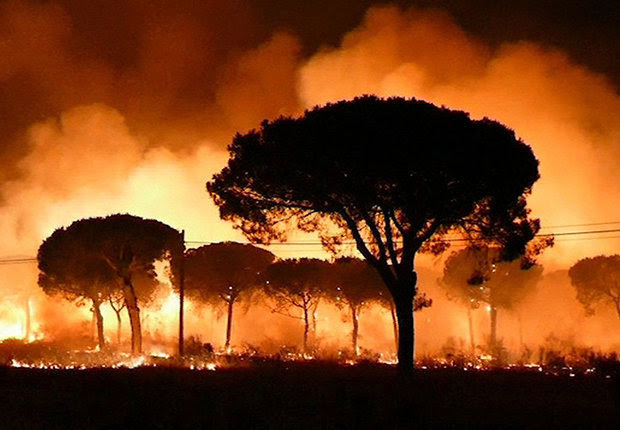 The fire was set on the eve of  Eid'l Fitr.

Al Qaeda magazine encourages forest fire arson in the US:

Amagazine published by members of al Qaeda has called for Western Muslims to wage war within the United States, urging them to engage in lone wolf attacks, including setting forest fires. According to ABC News, a recent issue of Inspire magazine has surfaced on jihadi forums with one article titled “It Is of Your Freedom to Ignite a Firebomb”, which gives detailed instructions on how to build an “ember bomb” in a forest in the United States, and suggested Montana as a choice location due to the rapid population growth in forested areas. In America, there are more houses built in the [countryside] than in the cities. It is difficult to choose a better place [than] in the valleys of Montana. A previous issue of the magazine contained information on how to construct remote-controlled explosives, and helpfully listed the needed parts along with instructions and photos. Source 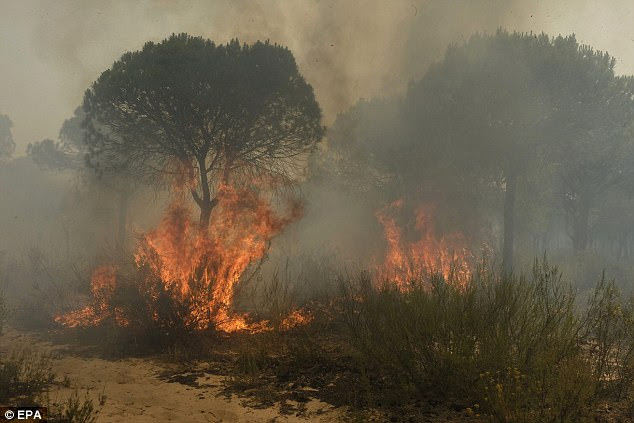 More than 2,000 people including holidaymakers at a hotel and campsite have been evacuated after a wildfire near a Spanish national park. Tourists on two campsites in the Mazagon beach town area of Huelva in southwest Spain and a nearby parador hotel were still unable to return this morning as hundreds of firefighters tackled the out-of-control blaze. Regional governors said around 2,100 people had been asked to leave their homes and holiday accommodation overnight, although guests at one of the hotels affected - the four-star Solvasa Mazagon Aparthotel - were back this morning. The blaze is being treated as a level 1 - or maximum threat - by emergency services. Daily Mail Read More>>>>>>