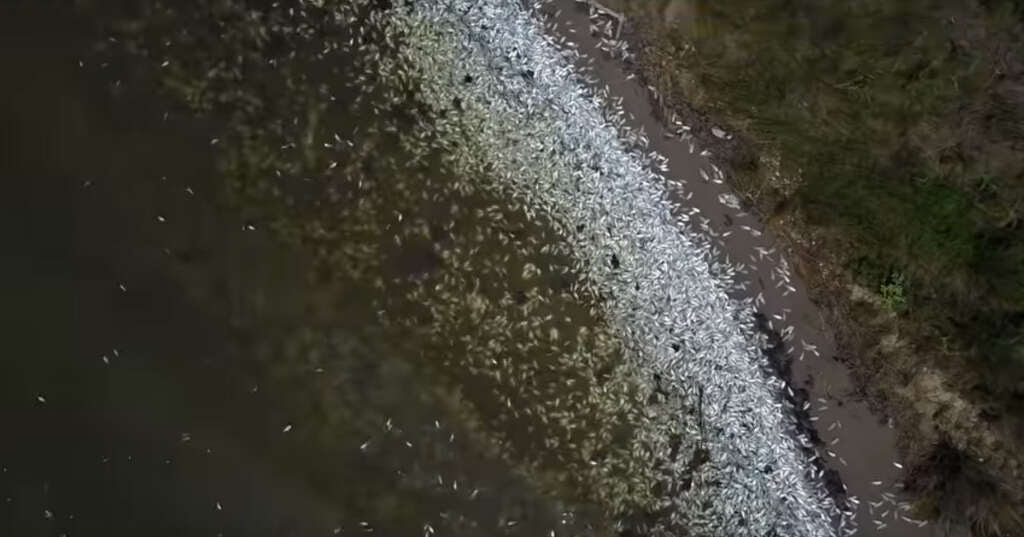 On Friday, June 9, thousands of dead or dying fish washed ashore in a Matagorda river channel near LCRA RV Park leading to the Gulf of Mexico. Kyle Naegeli, known as The Fish Whisperer, was able to capture the eerie phenomenon on camera and shared it with his YouTube followers.All of a sudden, a huge amount of menhaden started to surface and then die," Naegeli wrote on his YouTube channel. "Pretty soon there were miles of menhaden washing up and dying along with other bigger game fish." He continued asking his followers to share what caused the eerie amount of fish washing up on shore. Source