On The Feast Day Of St. Bridget Of Sweden Who Braved The Plague To Make A Pilgrimage To Rome The First US Ebola Patient Thomas Eric Duncan Who Made A Pilgrimage To The US To Start A Plague Has Died From Ebola! 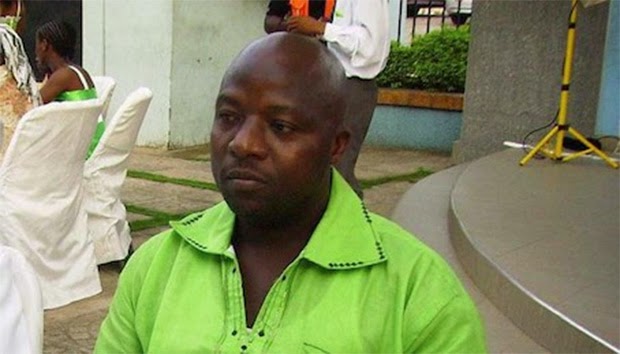 Patient Zero
Made A Ebola Pilgrimage To The USA!
Thomas Eric Duncan

Considering everything is so backwards today where good is evil and evil is good, we now get to witness a reverse pilgrimage of sorts - the Ebola carrying pilgrim from Liberia just finished up his Ebola pilgrimage to the USA by dying on the day of Saint Bridget of Sweden who brave a plague back in 1350 when she made a pilgrimage to Rome accompanied by her daughter, Catherine, and a small party of priests and disciples. This was done partly to obtain from the Pope the authorization of the new Order and partly in pursuance of her self-imposed mission to elevate the moral tone of the age. This was during the period of the Avignon Papacy within the Roman Catholic Church, however, and she had to wait for the return of the papacy to Rome from the French city of Avignon, a move for which she agitated for many years.WIKI

Thomas Eric Duncan, from Monrovia, Liberia was apparently infected with Ebola on Monday 15 September after helping a 7 month pregnant teenager Marthalene Williams, 19, to the hospital by taxi, Duncan was sitting in the front of the taxi and the father and brother of the pregnant girl were sitting in the back with the girl, upon arriving at the hospital the family & Duncan carried the girl to the entrance of the Hospital when they were told there was no room at the hospital, Duncan and the family then took the girl by taxi back home.

The cab driver Jiminez Grugbaye, when contacted by the media, claims that the girl was convulsing and moaning, she was also bleeding profusely from the mouth and she was paralyzed from the waist down and could not walk. Duncan had to carry her. Duncan was covered in her blood.

Duncan had already purchased a plane ticket to the USA and intended to fly to the USA on Friday the 19th of September - the feast of Our Lady of La Salette who warned the world that one day the world would be punished for the sins of the clergy. Our Lady said that men would be continually punished for over 35 years! Plague and infectious diseases like Ebola would be part of the punishments sent.

Duncan knew that Marthalene Williams had Ebola but he still got on the plane. Liberian authorities accuse Duncan of lying on his Passenger Health Screening Form: 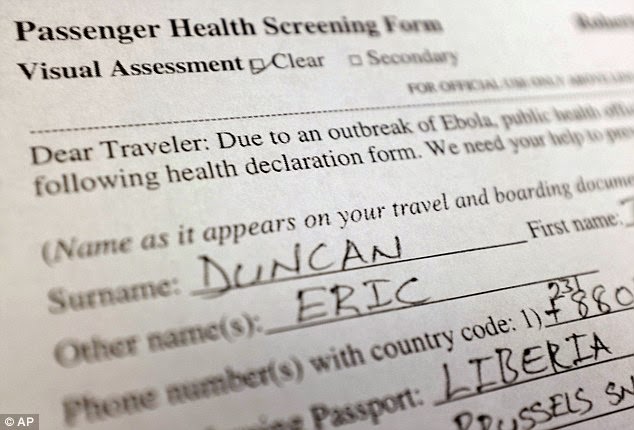 Duncan Said He Did Not Have Contact With Any Ebola Patient

Patient Zero Thomas Duncan arrived on US soil on Ember Saturday the 20th of September. Four days later on the feast day of Our Lady of Ransom, Wednesday the 24th Duncan fell ill and went to the ER. The staff at the Hospital just gave him antibiotics and sent him home.

Not getting any better Duncan was finally admitted to Texas Presbyterian hospital on Sunday the 28th and diagnosed with Ebola on Tuesday the 30th.

Doctors who get their paychecks from Texas Health Resources have not revealed what is being done to treat the Ebola patient zero, because there is no treatment, you just lay down and die.

Texas Health Resources who runs the Dallas Hospital were Duncan was treated refuses to acknowledges the passing of the first US Ebola patient.