Ebola In Brazil! One Year After The Plague Pope Francis Set Foot In Rio de Janeiro For WYD! 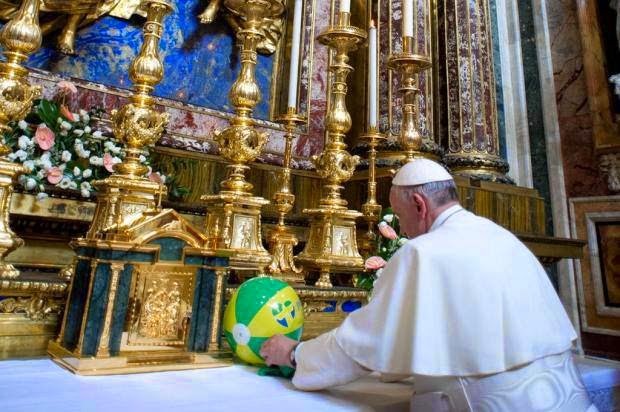 
SÃO PAULO—A 47-year-old man is being treated at a hospital in Rio de Janeiro, Brazil, in the country’s first suspected case of the Ebola virus, the Health Ministry said. The patient, whose name and nationality haven’t been made public, arrived in Brazil on Sept. 19 from Guinea, having traveled via Morocco, the ministry said in a statement. That was 21 days ago, the limit for the Ebola incubation period, the ministry said. He went to a hospital in the city of Cascavel, in the south of Brazil, on Thursday afternoon, saying he had a fever, according to the statement. The Health Ministry said that on Thursday evening the patient’s temperature was slightly above normal and that he hadn’t shown any other symptoms. It said the patient was transferred by plane to the National Institute for Infectious Diseases in Rio de Janeiro. WSJ Read More>>>>>>