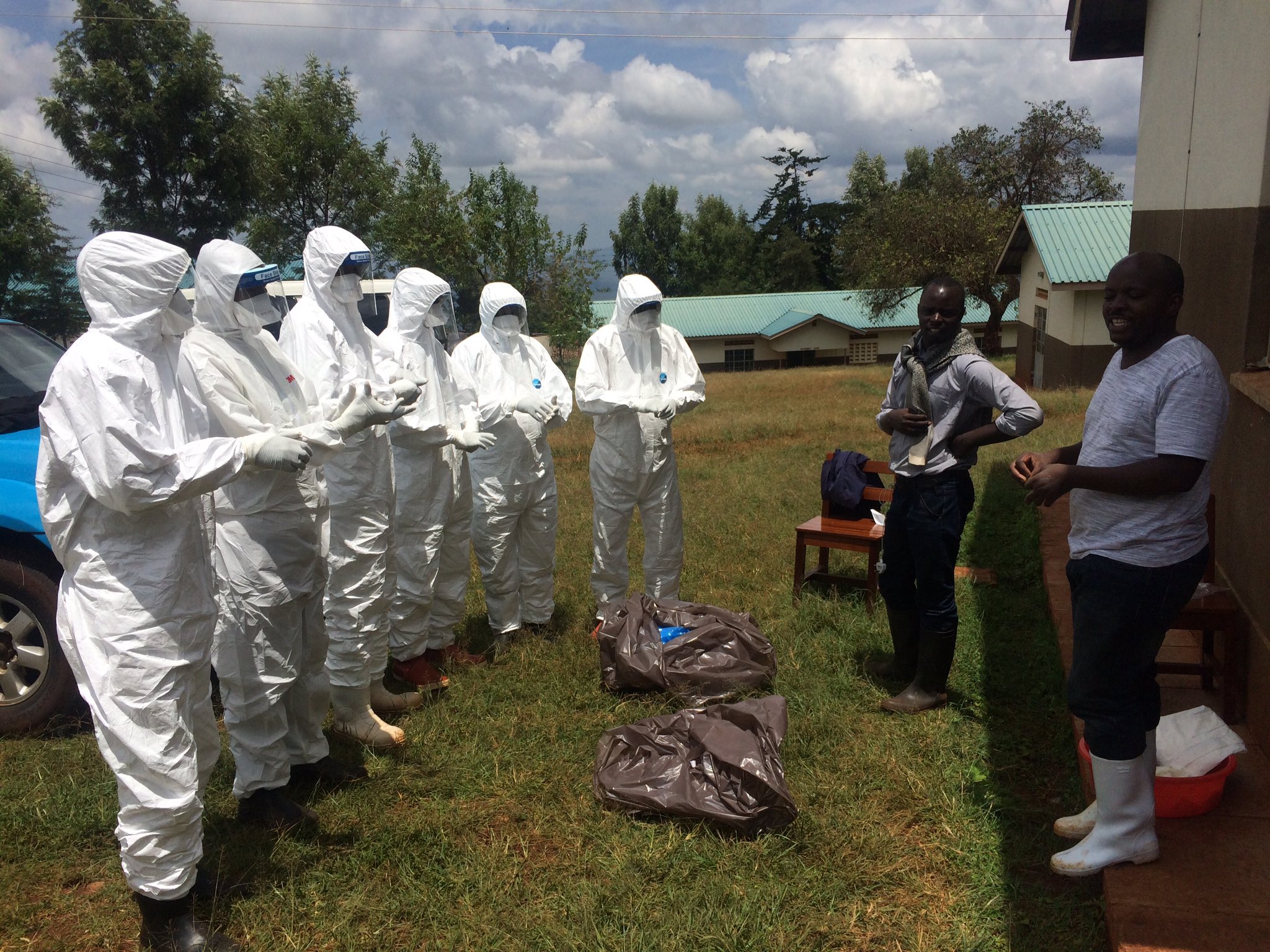 Uganda: 15 people In Kween District Treated For Anthrax
Health Officials in Kween District in Eastern Uganda are reporting 15 people are undergoing treatment for anthrax and over 15 heads of cattle have so far succumbed to the disease since last month. One person has died from the disease. The Kween district Surveillance Officer, Phily Musobo said the outbreak started April 12 after six people reported to Atar HCIII, after reportedly eating meat from a dead cow which had died on the 7th April 2021. Musobo said that the disease is fast spreading but the district is struggling to facilitate the response to the outbreak due to lack of funds. He also cited the lack of cooperation from the community despite intensive social mobilization conducted. Anthrax is a bacterial pathogen in livestock and wild animals. Ruminants such as bison, cattle, sheep and goats are highly susceptible, and horses can also be infected. Anthrax is a very serious disease of livestock because it can potentially cause the rapid loss of a large number of animals in a very short time. Affected animals are often found dead with no illness detected. When conditions become favorable, the spores germinate into colonies of bacteria. An example would be a grazing cow ingests spores that in the cow, germinate, grow spread and eventually kill the animal. Anthrax is caused by the bacterium, Bacillus anthracis. This spore forming bacteria can survive in the environment for decades because of its ability to resist heat, cold, drying, etc. This is usually the infectious stage of anthrax. There are no reports of person-to-person transmission of anthrax. People get anthrax by handling contaminated animal or animal products, consuming undercooked meat of infected animals and more recently, intentional release of spores. There are three types of human anthrax with differing degrees of seriousness: cutaneous, gastrointestinal and inhalation. Source
PROPHECY OF MELANIE ON TWO POPES:
"I didn't see, I don't see any Great Pope or Great Monarch before an extremely great tribulation, horrifying, terrible and general for all Christendom. But before that time, twice there will be a short lived peace; TWO shaky, servile, doubtful popes" Mélanie