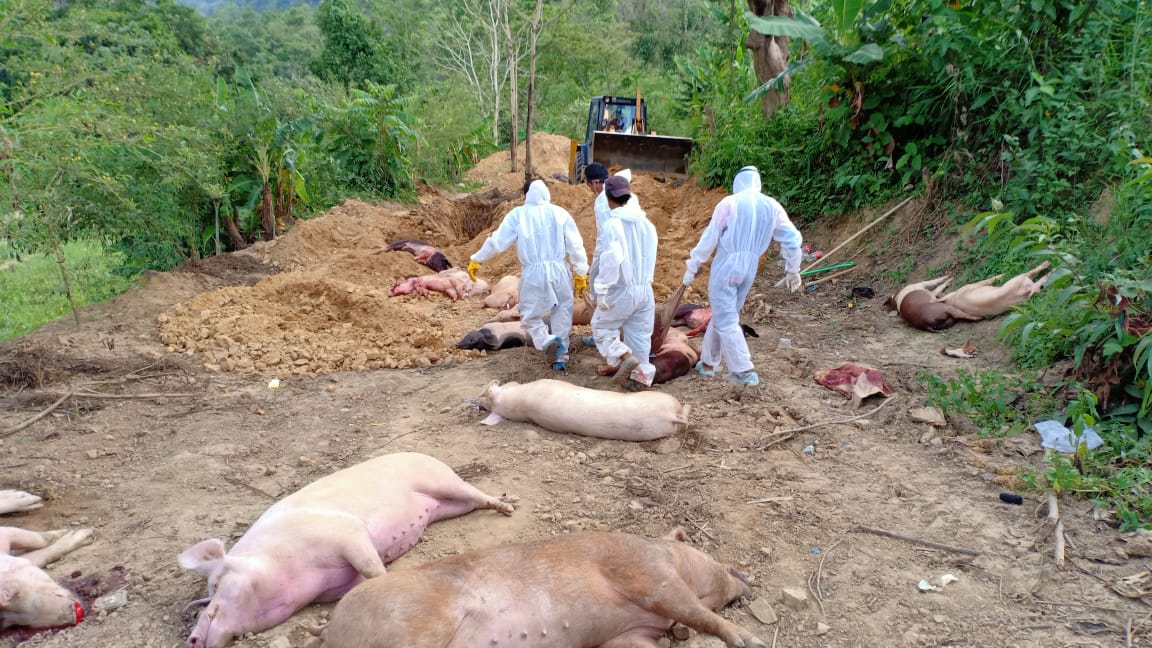 African Swine Fever Spreads Like Wildfire in Indian State of Mizoram
Health Officials in Kween District in Eastern Mizoram in northeastern India borders three other states, Assam, Manipur, and Tripura, in addition to two countries, Bangladesh and Myanmar. African Swine Flu is a deadly, highly contagious viral disease that is believed to affect both domestic and feral swine alike. No vaccine is available so far. African Swine Fever (ASF) has wreaked havoc in India's northeastern state of Mizoram, killing nearly 5,000 pigs and piglets over a period of two months. The state has already been under lockdown since 10 May, with the government extending curbs to control the transmission of the deadly coronavirus. People in Mizoram are known for their diet, which is rich in pork, chicken and beef; local cuisine is well-known for its smoked meat. It's the first instance of African Swine Fever in the state and government authorities are investigating how the disease spread there. The outbreak has caused a loss of over $2.7 million US to farmers, the state government has stated. Dr. Lalhmingthanga, Joint Director at the Animal Husbandry and Veterinary Science Department, said the first death of a pig was reported on 21 March at Lungsen village in south Mizoram's Lunglei District, which borders Bangladesh. A month later, the disease spread to nine of the state's 11 districts, with just two districts free of the disease as of now. The State's Animal Husbandry and Veterinary Minister Dr. K. Beichhua said it is investigating if the African Swine Fever had spread through illegally imported pigs. The government has banned the import of pigs and pig products from other States and foreign countries since last year. Meanwhile, the government has declared 91 villages and neighbourhoods in the affected districts 'infected areas", with Aizawl District being the worst impacted, as its 55 localities are infected. There are over 32,000 live pigs in the infected zones and efforts are underway to save these, according to government officials. Mizoram State Chief Zoramthanga has said that the piggery farmers and the economic stance are at stake. Source
PROPHECY OF MELANIE ON TWO POPES:
"I didn't see, I don't see any Great Pope or Great Monarch before an extremely great tribulation, horrifying, terrible and general for all Christendom. But before that time, twice there will be a short lived peace; TWO shaky, servile, doubtful popes" Mélanie

"I protest highly against a different text, which people may dare publish after my death. I protest once more against the very false statements of all those who dare say and write First that I embroidered the Secret; second, against those who state that the Queen Mother did not say to transmit the Secret to all her people." Mélanie
at June 02, 2021