Our Lady Of La Salette On Plagues And Infectious Diseases: Trapped On Coronavirus-Ravaged Cruise Ship The Diamond Princess 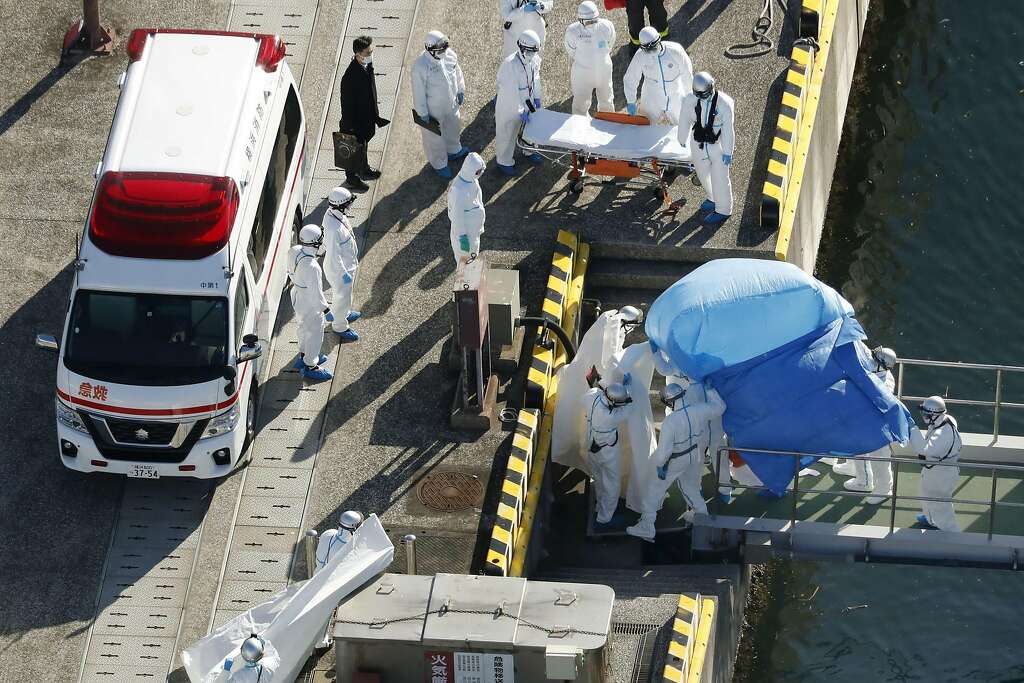 YOKOHAMA, Japan - Quarantined for two weeks on a cruise ship ravaged by coronavirus, the Britons on board have only one option: keep calm and carry on.

David Abel and his wife Sally are still smiling, for now. Their friends Alan and Wendy Steele are going "stir crazy" trapped in their cabin - although they say they are not worried about catching the deadly illness. Still, this was not how the Steeles planned to spend their honeymoon.

Many of the 2,666 passengers and 1,045 crew members on the Diamond Princess are struggling to keep their spirits up, after the luxury liner was quarantined off the Japanese coast Wednesday, with passengers forbidden to leave their cabins.

Last Saturday, a man from Hong Kong who had spent five days aboard the ship was confirmed as having contracted coronavirus. On Wednesday, with the ship docked at the port of Yokohama, Japan's Health Ministry said nine other passengers and one Filipino crew member had tested positive.

"We've got two weeks' extra cruise, albeit a confined cruise," David Abel, 74, said on a Skype call from his cabin. "You've got to make the best of the situation, haven't you? But I'm sure that in 10 or 12 days' time, I'll be pulling my hair out."

The nine passengers who tested positive - two Australians, three from Japan, three from Hong Kong, and one American - have been transferred to hospitals, but none is in serious condition, said Japanese Health Minister Katsunobu Kato. They were among 31 people deemed at high risk who were initially examined for the virus, while samples from 242 other people are still being tested.

For those left on board, there is nothing to do but sit in their cabins, wait for meals to be delivered, watch television or a choose from a limited selection of movies on demand. Those lucky enough to have a balcony can at least sit in the sun, look at the ocean and talk to their neighbors. Source