Our Lady Of La Salette On The Coming Famine: UN: Most Devastating Plague Of Locusts In Recent History Could Come Within Weeks...

“I gave you six days to work; I kept the seventh for myself, and no one wishes to grant it to me. This is what weighs down the arm of my Son so much.

“Those who drive carts cannot speak without putting the name of my Son in the middle.

“These are the two things which weigh down the arm of my Son so much. If the harvest is spoiled, it is only because of the rest of you. I made you see this last year with the potatoes; you took little account of this. It was quite the opposite when you found bad potatoes, you swore oaths, and you included the name of my Son. They will continue to go bad, at Christmas there will be none left.”

At this point, I was trying to interpret the word “potatoes” (pommes de terre): I thought I understood it to be “apples” (pommes) 1. The Beautiful and Good Lady, reading my thoughts, repeated thus:

“You do not understand, my children. I will tell it to you another way.

“If the harvest is spoiled, it does not seem to affect you. I made you see this last year with the potatoes. You took little account of this. It was quite the opposite when you found bad potatoes, you swore oaths, and you included the name of my Son. They will continue to go bad and at Christmas, there will be none left.

“If you have corn, you must not sow it. The beasts will eat all that you sow. And all that grows will fall to dust when you thresh it. A great famine will come. Before the famine comes, children under the age of seven will begin to tremble and will die in the arms of those who hold them. The others will do penance through hunger. The nuts will go bad, the grapes will become rotten.” Our Lady of La Salette 19 Sept. 1846 (Published by Mélanie 1879) 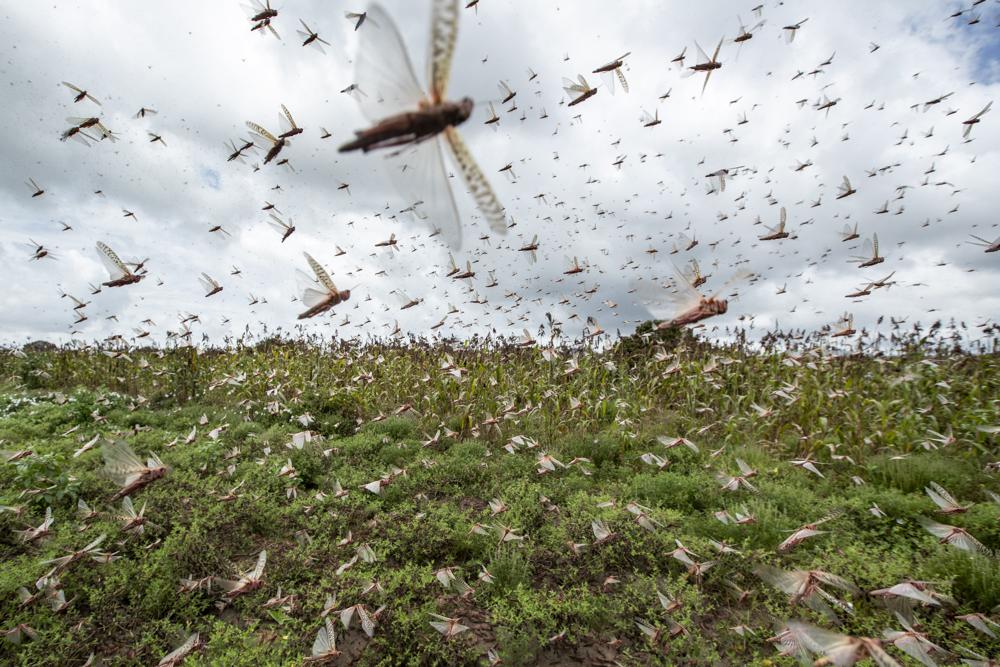 This is what you get when you Blaspheme the Holy Name of Jesus....

WORLD 'Most devastating plague of locusts' in recent history could come within weeks, U.N. warns

GAROWE, Somalia — At a glance, the desert locusts in this arid patch of northern Somalia look less ominous than the billion-member swarms infesting East Africa in the worst outbreak some places have seen in 70 years.

But their time will come.

Small and wingless, the hopping young locusts are the next wave in the outbreak that threatens more than 10 million people across the region with a severe hunger crisis.

And they are growing up in one of the most inaccessible places on the planet. Large parts of Somalia south of this semi-autonomous Puntland region are under threat, or held by, the al-Qaida-linked al-Shabab extremist group. That makes it difficult or impossible to conduct the aerial spraying of the locusts that experts say is the only effective control.

Somalia has declared the outbreak a national emergency. Across the region, it has the potential “to be the most devastating plague of locusts in any of our living memories if we don't reduce the problem faster than we're doing at the moment,” U.N. humanitarian chief Mark Lowcock said.

As an armed Somali policeman stood by, experts on Thursday walked across the dry land crawling with the young locusts and explained the threat to come if the world doesn’t act right now.

“The world needs to know this is where it all begins,” said Alberto Trillo Barca, a spokesman for the U.N. Food and Agriculture Organization. “In the next three or four weeks, these nymphs, as we call them, will develop wings.”

Then they are expected to set off for neighboring Kenya and Ethiopia, where a handful of planes spraying pesticide can only do so much if such swarms keep arriving.

Climate experts have pointed to unusually heavy rains, aided by a powerful cyclone off Somalia in December, as a major factor in the outbreak. The locusts were carried in by the storm’s winds from the Arabian Peninsula and parts beyond, and now they are feeding on Somalia's fresh vegetation.

With more rains expected in the region in the coming weeks, the number of locusts if unchecked could grow by up to 500 times by June, when drier weather is expected.

But that drier weather is not necessarily the solution, said Dominique Burgeon, the FAO’s emergency and resilience director.

The density of the locusts is now so high that even normal moisture can lead to another generation, he said.

“We cannot believe in Mother Nature to solve it,” he explained.

Without enough spraying to stop the swarms, the already worrying outbreak could turn into a plague, “and when you have a plague, it takes years to control,” he said.

Against that sweeping outlook, a few masked workers with white protective suits and pesticide containers strapped to their backs stood in the camel-crossed Somali desert, spritzing the thousands of locusts clinging to thorny bushes.

The world's changing climate brings the risk of more cyclones coming in from the warming Indian Ocean off East Africa, climate experts say. With that, the likelihood of further locust outbreaks grows. Source 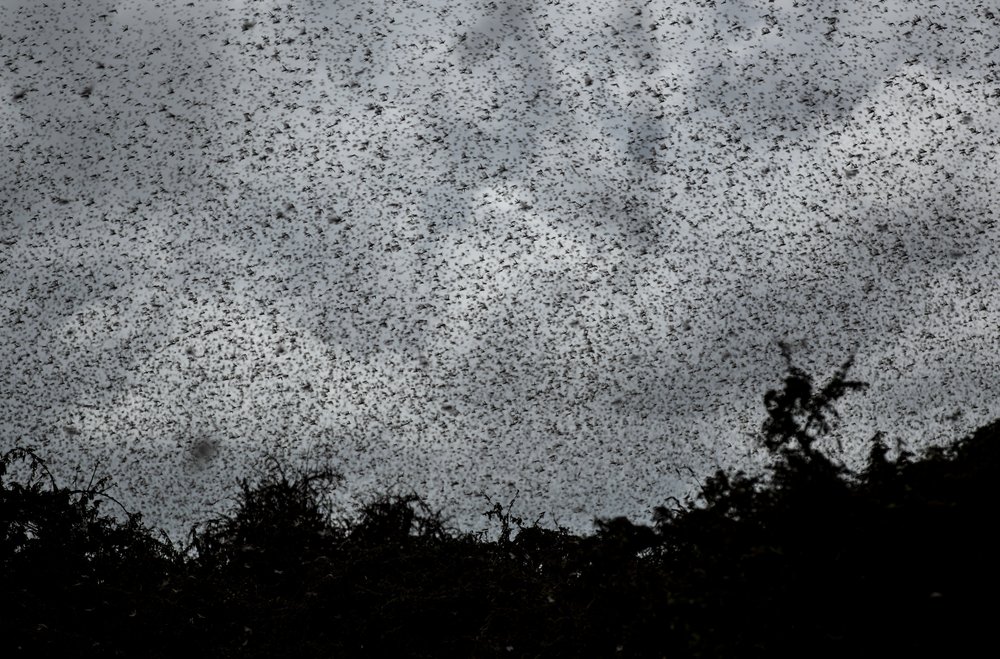