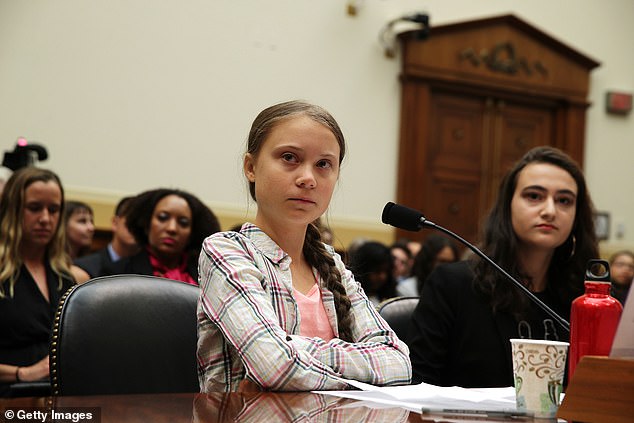 'This is the time to wake up': Sixteen-year-old climate change activist Greta Thunberg tells Congress to 'listen to the scientists', take real action' and slams Trump for saying he wants to pull out of the Paris agreement

Swedish teenager Greta Thunberg, who has inspired a global movement for climate change, delivered a strong message to U.S. lawmakers: 'Wake up.'  'I don't want you to listen to me, I want you to listen to the scientists,' she at a House hearing on Wednesday, noting that she wanted her opening testimony to be a 2018 United Nations report, which called for limiting global warming to 1.5 degrees Celsius.  'I want you to then unite behind the science - and then I want you to take real action.'  Wrapping up a six-day visit to Washington, D.C., the 16-year-old Thunberg rallied a room full of Democratic lawmakers and activists, urging them to follow scientific warnings and push for strong measures to combat climate change. Source 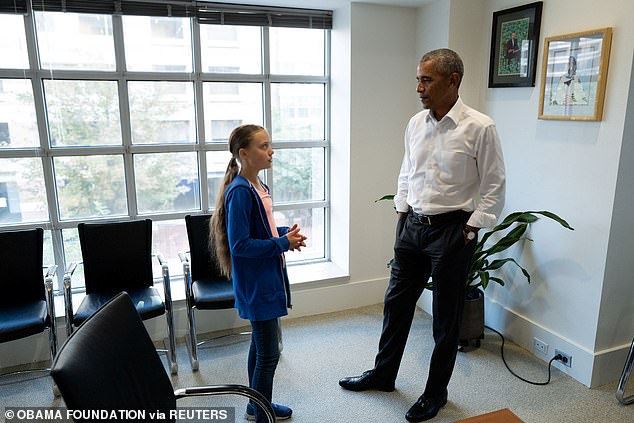