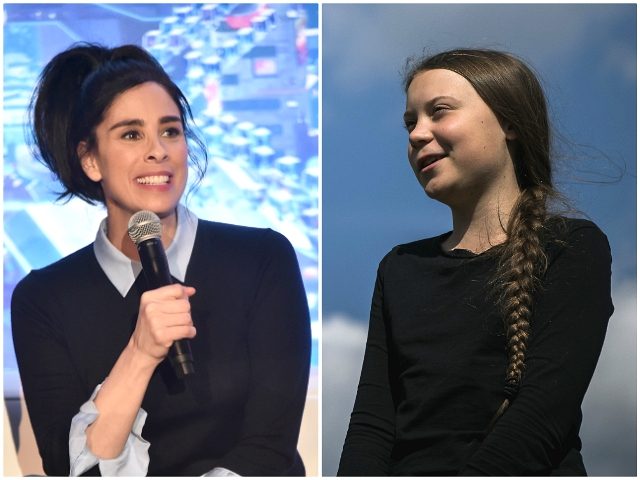 So is this the same JESUS that Silverman blasphemes all the time?

Actress-Comedian Sarah Silverman said she sees Jesus Christ in 16-year-old Swedish climate change alarmist Greta Thunberg. “You think you will recognize Jesus when he comes back? I see him all around. He is this girl. And y’all don’t even see it.” Sarah Silverman said on Twitter, linking to an article of Thunberg appearing on Comedy Central’s The Daily Show with Trevor Noah. We actually know that these consequences will face us during our lifetime, and it is already happening now. And it will get worse. And, uh, so I think that is why so many young people, especially, care about this,” Thunberg told Noah. “And, uh, and, of course, the awareness is not as it needs to be, it’s not as much as it needs to be. People are still very unaware, it’s my experience. And, uh, so we need to continue, but you can see that among young people the concern is bigger.” Celebrated by left-wing Hollywood — Avengers star Chris Evan called her an “impressive person” and The Office star Rainn Wilson said Thunberg is his “hero” — and the political left, the Swedish teenage climate activist is storming the United States warning of the coming “climate crisis.” Source 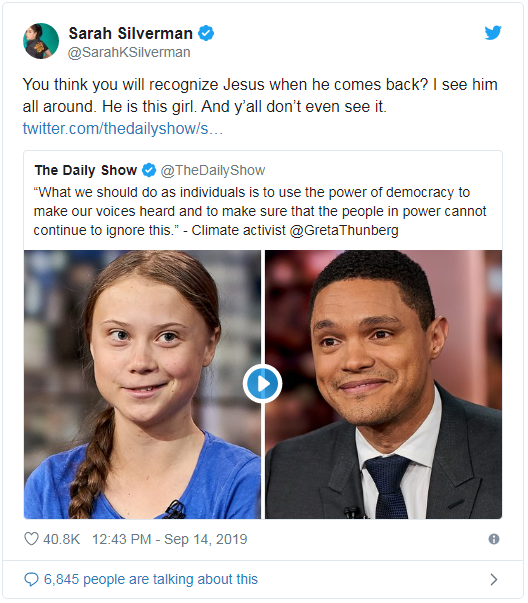