(Bloomberg Opinion) -- In 2014, the U.S. led the effort by governments to blunt the world’s biggest outbreak of Ebola, which took more than 11,000 lives in West Africa before it was declared over in mid-2016. Now, a smaller but more complex outbreak rages in the Democratic Republic of Congo, and the U.S. response has been shaped by indifference and bureaucratic haggling. The consequences are potentially disastrous, and not just for those immediately at risk.

So far, nearly 2,700 cases have been reported and almost 1,800 have died. Uganda has counted three cases near its border with the DRC, and two have been reported in Goma, a city of more than two million that has a busy border with Rwanda and an international airport. The chief medical officer of the U.S. Centers for Disease Control and Prevention recently told a Senate panel, “the outbreak is not under control.” Last week, the World Health Organization said it will need $324 million to fight the disease over the next six months, about three times more than it’s been given.

President Donald Trump has failed to respond with urgency. (No great surprise: During the West African outbreak in 2014, he faulted President Barack Obama for sending U.S. personnel, saying “perhaps the president should put all Africans on Obamacare rather than sending the troops.”) His administration eliminated the global health-security portfolio from the National Security Council and announced plans to take away $252 million in leftover Ebola funds the day after the new outbreak began. Fortunately, it changed its mind on the funding, and Congress restored funding for many of his planned cuts to global health spending.

Now the U.S. is hesitating about granting a waiver to Congo under the Trafficking Victims Protection Act to allow it to access tens of millions of dollars that would help in the response. Despite pleas from the World Health Organization, the State Department has yet to allow CDC staff to go into the field, citing security concerns. (Personnel from nongovernmental organizations already face many of the same risks.)

There’s a risk that the outbreak will spread in crowded urban areas in the heart of Africa. If that possibility is unpersuasive, there’s also a risk to the U.S.: Regional turmoil is enlarging the trickle of refugees from Congo showing up at the southern border. The U.S. should lift restrictions on aid, as Senator Bob Menendez has called for, and help CDC deploy its skills. It should spur a new global effort – partnering for this purpose with China, Congo’s biggest foreign investor.

To be sure, this emergency presents severe difficulties. It has affected provinces plagued by violence perpetrated by dozens of militias. More than 15 years after “Africa’s world war” took millions of lives, the DRC still hosts the United Nations’ biggest peacekeeping mission. The afflicted provinces have also been victims of official neglect and repression. Public mistrust is so intense that some see Ebola as a fraud or government conspiracy. Responders and health-care facilities have been attacked.

This underlines the need to combine an effective emergency response with stronger pressure for political reform and better government. Greater support for the UN’s peacekeeping mission would help; the administration’s reflexive effort to wind it down will not. Senator Lindsey Graham called the new epidemic “a case study – Exhibit A – of why you can’t withdraw from the world.” He’s right. The U.S. can’t solve Congo’s problems, but it can’t afford to ignore them, either. 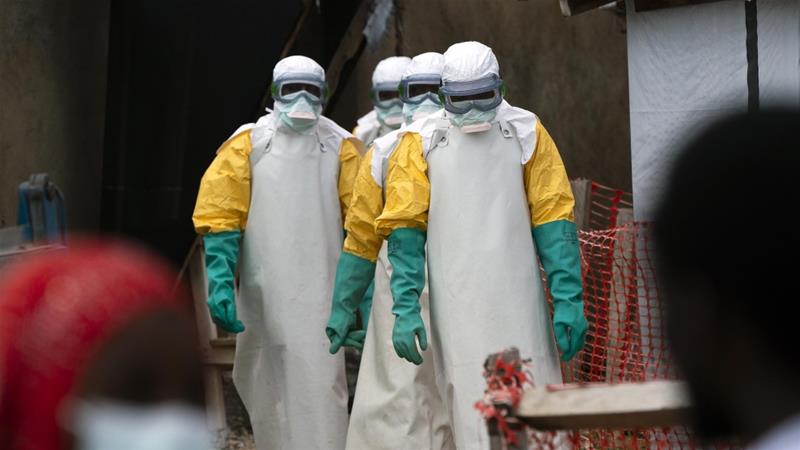