Our Lady of La Salette On Montana Hailstorm Slaughters 11,000 Birds...It Will Rain With A Fearful HAIL Of Animals. 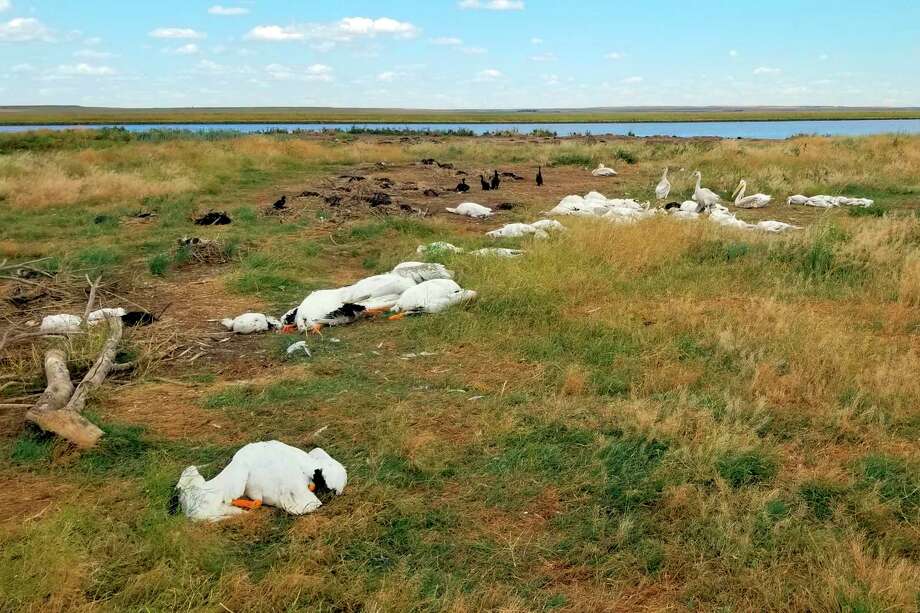 It will rain with a fearful hail of animals. There will be thunderstorms which will shake cities, earthquakes which will swallow up countries. Voices will be heard in the air. Men will beat their heads against walls, call for their death, and on another side death will be their torment. Blood will flow on all sides. Our Lady of La Salette 19 Sept. 1846 (Published by Mélanie 1879)

Thousands of birds were killed on Aug. 11 when a destructive hailstorm lashed regions northwest of Billings, Montana. According to Montana Fish, Wildlife, and Parks, the supercell thunderstorm "killed and maimed more than 11,000 waterfowl and wetland birds at the Big Lake Wildlife Management Area west of Molt." Molt is about 20 miles west-northwest of Billings, Montana's largest city. According to the release, biologist Justin Paugh estimates that roughly a quarter of the birds at the lake were injured or killed. About 5% of surviving ducks and a third of living pelicans/cormorants "show some sign of injury or impaired movement." The Storm Prediction Center had already been calling for potential large, damaging hail as early as 12 hours in advance, outlining Billings in a narrow corridor of "significant severe" potential. Their morning bulletin advised that volatile atmospheric parameters would "favor supercells initially with large hail and possibly a couple of tornadoes." By late afternoon, storms had developed, quickly becoming severe. Some storms towered to nearly 10 miles high. The National Weather Service issued a severe thunderstorm warning for Molt at 6:27 p.m., alerting of the potential for golf ball-sized hail and damaging wind gusts in excess of 60 mph. The storm proved to be an overachiever, bringing an unusual August episode of three-inch hail and winds gusting up to 74 mph. "This isn't uncommon for us, but it normally happens in June," explained Shawn Palmquist, a meteorologist at the National Weather Service in Billings. "June is when we have lower freezing levels and can get hail. August is typically more a wind month." Source