Our Lady Of La Salette On BEACH DAY HORROR! Three Killed After Cliff Collapse On To Sun Bathers At Grandview Beach In Encinitas CA 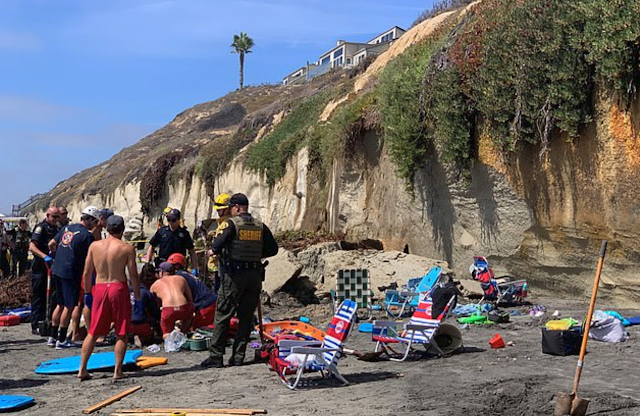 Three people have been killed and at least two others injured after a cliff collapsed just feet away from a lifeguard tower in California on Friday, authorities have said.  The tragic incident occurred around 2:55pm local time on Grandview Beach in Encinitas, just north of San Diego.  First responders, including lifeguards, raced towards the wreck and began digging victims out from beneath the rubble.  A female victim, who has not yet been named, was pronounced dead at the scene.  Two other victims were airlifted to hospital in a critical condition but later died, officials revealed early Saturday morning.    One other victim was transported to hospital in an ambulance to be treated for a series of minor injuries.  'It has now been confirmed that two of the three victims that were transported to local area hospitals earlier today have succumbed to their injuries,' a statement from the city read. Source 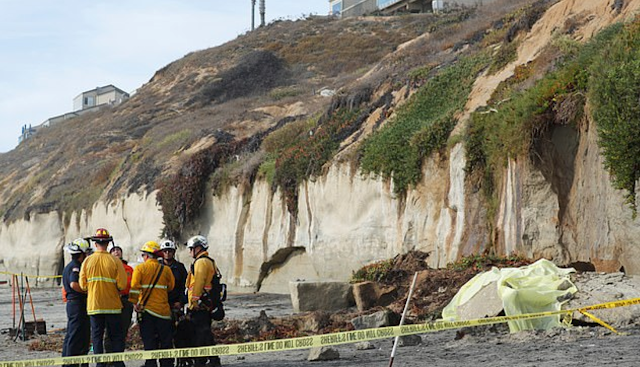