Giant 50-Tonne Boulder Plays Havoc On The French Alps: At The First Bow Of His Thundering Sword, The Mountains And All Nature Will Tremble In Terror 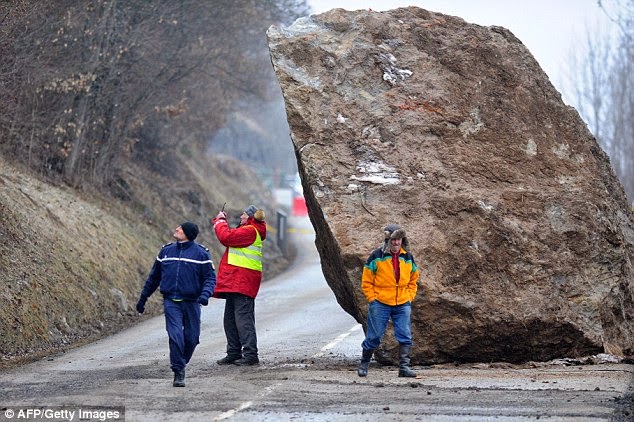 Thousands of British holidaymakers were trapped in the French Alps after a giant 50-tonne boulder blocked a main mountain road. Falling rocks cut off popular resorts Val Thorens, Les Menuires and St Martin and ski enthusiasts were left stranded in a 50-mile tailback. Holiday coaches were stopped from entering and leaving the resorts in the Tarentaise Valley after authorities ruled the N117 road was too dangerous for large vehicles to use on Friday morning. Daily Mail Read More>>>