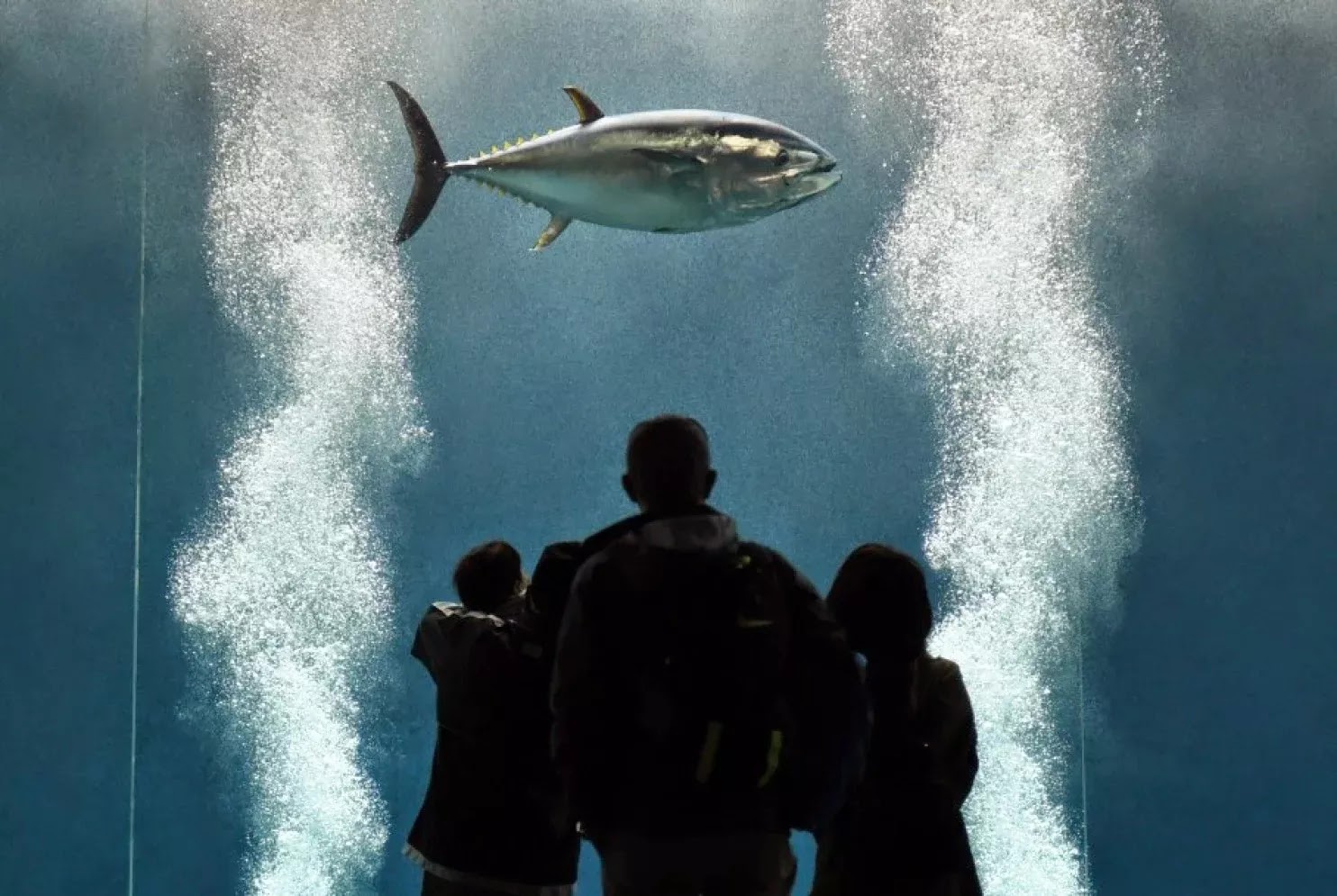 The birds of the air, and the fishes of the sea, that pass through the paths of the sea.

O ye whales, and all that move in the waters, bless the Lord: praise and exalt him above all for ever.

“The Society of men is on the eve of the most terrible scourges and of gravest events. Our Lady of La Salette 19 Sept. 1846 (Published by Mélanie 1879)

The bluefin tuna is on the verge of extinction at a Tokyo aquarium known for a breeding program intended to save the species. Since late last year, the fish have been dying one by one, and researchers can’t seem to determine why. Another bluefin died on Tuesday, leaving only one lonely tuna in its habitat at the Tokyo Sea Life Park in Edogawa Ward near the Tokyo Bay. The diseased fish was found with broken bones, but the cause of death is not yet known. “We have had the tuna tank since the aquarium opened in 1989 but never experienced this kind of mass-dying,” WP Read More>>>>>