Water And Fire Will Give The Earth's Globe Convulsions! Pacaya Volcano (Guatemala) Eruption 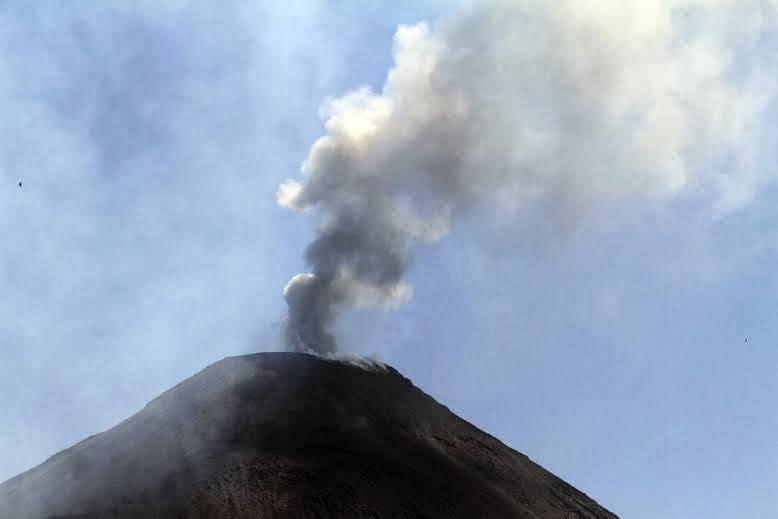 The latest eruptive phase of the volcano continues at decreased strength. The second paroxysm of Pacaya this year, only about 6 weeks after the previous one in January, started yesterday morning with lava fountains, associated ash emissions, as well as a new lava flow that quickly reached about 2 km length. The current seismic signal suggests that activity continues at a decreasing trend. Images from later during yesterday showed that lava fountaining and lava effusion had already decreased significantly after the first hours. According to local news, a first increase in explosive activity at the summit vent of the Mackenney crater occurred already on the evening of 1 March at 17:00 local time, followed by a loud explosion at 05h15 the next morning, which opened a new vent between the old cone of Cerro Chino and the Mackenney crater. A lava flow began to issue from this new vent and satellite images about 5 hours later showed that it reached about 1 km length to the NW in that time. A video on facebook shows lava fountains from the summit vent. An ash plume, well visible from Guatemala city and on satellite imagery, rose about 2 km above the volcano and drifted more than 100 km to the west-southwest. Light ash fall occurred in areas such as Escuintla (22 km to the SW). Authorities are evaluating the need to evacuate residents near the villages El Patrocinio and El Rodeo on the SW foot of Pacaya. CONRED raised the civil alert level for the area to yellow.Volcano Discovery