Folson Lake, Northeast Of Sacramento California, Has Lost 80 Percent Of Its Water Capacity In 2.5 Years! 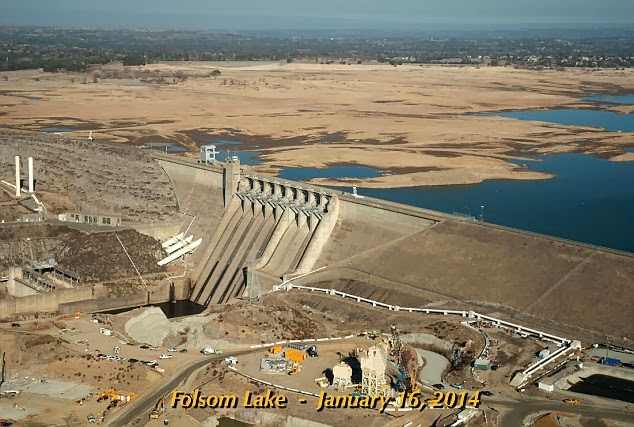 The severity of California's current drought has been realized by the release of two NASA pictures of Folsom Lake and the desolation it has suffered in just two and a half years. The reservoir, located northeast of Sacremento, California, can be seen almost full on July 20, 2011, measuring a capacity of 97 percent. But in a shot taken just last month, the lake had a capacity of just 17 percent. The devastating images have added to the need for the west coast to better manage its water resources, with the record drought forcing a state of emergency and NASA now working to help the crisis.Daily Mail Read More>>>>>>