Our Lady Of La Salette On Wildfires Raging In Western Canada Are Creating 'Fire-Breathing' Thunderstorms: There Will Be Thunderstorms Which Will Shake Cities........ 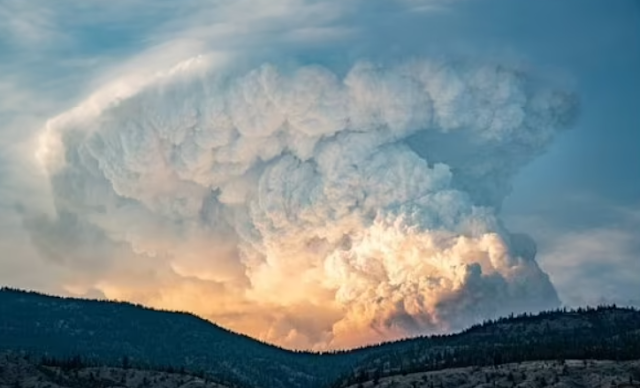 Raging wildfires in British Columbia are combining with record heat to create ferocious vertical 'fire clouds' that generate their own weather.  More than 100 wildfires are burning across the region, which is facing a record-breaking heatwave.  After hitting 116 degrees Fahrenheit on Sunday and 118 on Monday, the thermometer peaked in Lytton, British Columbia, on Tuesday at 121.3 degrees, the highest on record in Canada. (The previous high was a mere 113 degrees.) By Thursday morning, a inferno was tearing through Lytton, forcing all 250 residents and hundreds more in surrounding areas to evacuate.    Ninety percent of the village was destroyed, CBS News reported, and at least two people, an elderly couple, were killed.  As the heat and smoke rose above the town, it generated pyrocumulonimbus clouds that stirred up wind and smoke and hurled lightning instead of rain. Source

In case you never heard of Our Lady of La Salette or Mélanie here have a look...
THE MESSAGE OF OUR LADY OF LA SALETTE 19 SEPTEMBER 1846
PROPHECY OF MELANIE ON TWO POPES:
"I didn't see, I don't see any Great Pope or Great Monarch before an extremely great tribulation, horrifying, terrible and general for all Christendom. But before that time, twice there will be a short lived peace; TWO shaky, servile, doubtful popes" Mélanie

"I protest highly against a different text, which people may dare publish after my death. I protest once more against the very false statements of all those who dare say and write First that I embroidered the Secret; second, against those who state that the Queen Mother did not say to transmit the Secret to all her people." Mélanie
at July 03, 2021