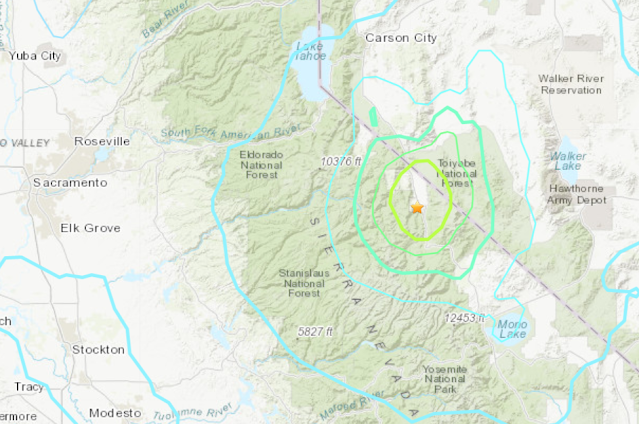 
Strong earthquake, magnitude 6, rattles Central California, Sierra Nevada
An earthquake jolted Central California on Thursday afternoon, shaking up residents of the Sierra Nevada foothills and the San Joaquin and Sacramento valleys.  The shaking struck at 3:49 p.m., revised to a magnitude 6.0, and was centered in the Little Antelope Valley about four miles south of Coleville in Mono County, about 150 miles east of Sacramento. Seismologists dubbed it the Antelope Valley earthquake, during a 5:30 p.m. briefing.  A swarm of more than two dozen aftershocks in the Sierra followed — most of the quakes were between 4.6 and 1.0, according to the U.S. Geological Survey. Source
PROPHECY OF MELANIE ON TWO POPES:
"I didn't see, I don't see any Great Pope or Great Monarch before an extremely great tribulation, horrifying, terrible and general for all Christendom. But before that time, twice there will be a short lived peace; TWO shaky, servile, doubtful popes" Mélanie