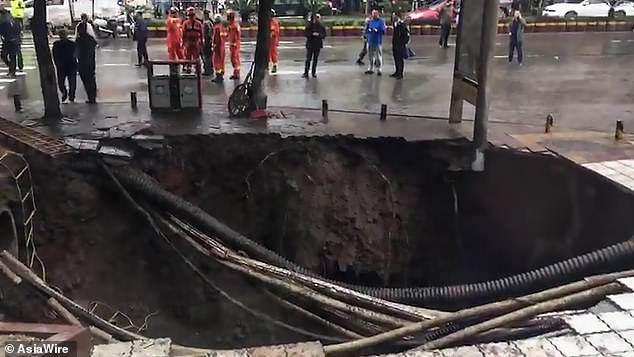 Two people were killed in south-west China after a massive sinkhole swallowed four pedestrians on Sunday afternoon. The gaping hole, measuring an area of nearly two square metres (21.5 square feet), appeared after the tiled pavement collapsed outside a local hospital in Dazhou city, Sichuan province at 2:30pm, swallowing the four victims. Rescuers were still searching for a man and his grandson in the two metre (6.5 foot) -deep sinkhole on Monday. Source