Arizona: 111 Horses Die After Getting Trapped In A Muddy Stock Pond 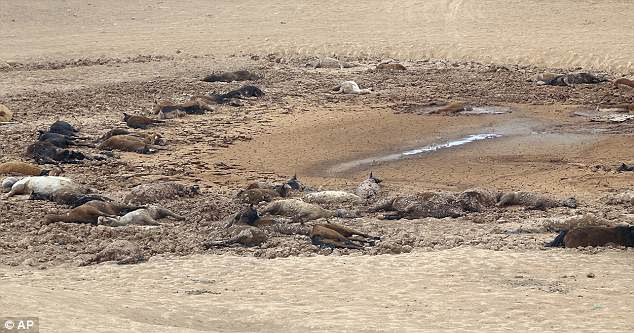 Dozens of horses have died on tribal land in northern Arizona, apparently after getting trapped in a muddy stock pond as a drought grips the region. Navajo Nation spokesman Mihio Manus said on Wednesday that 111 horses died in the pond over the past week. Officials are trying to determine how best to deal with the carcasses, which could attract wildlife such as scavenging birds and bring disease to the area. The stock pond near Cameron typically is a good spot for thirsty animals because it is one of the last in the region to dry up. But Manus says drought conditions left it without much water from runoff this year. Source