There Will Be Thunderstorms Which Will Shake Cities! Over Fifty Souls Drown In Southwest China Flood 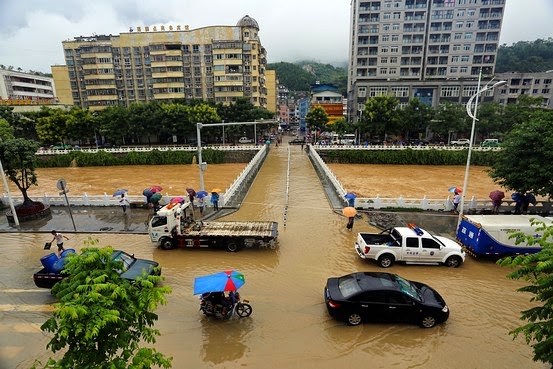 BEIJING (AP) -- China's Civil Affairs Ministry says 44 people have been killed and 18 are missing after a week of flooding in the country's southwest that has also caused massive damage to housing and crops. The ministry said Saturday that constant heavy rain beginning Aug. 31 had caused widespread destruction in Sichuan and Guizhou provinces, as well as the mega-city of Chongqing, where all but one of the deaths occurred and all the missing were reported. It said 121,700 people had been moved to temporary shelters and put the number of collapsed or heavily damaged houses at 42,000. Total damage was estimated at more than 3.3 billion yuan ($534 million). Southwest China's mountainous terrain increases the chances of landslides brought on by the loosening of rain-saturated hillsides.