Massive Landslide In Southwestern China That Killed Over Twenty Souls: At The First Blow Of His Thundering Sword, The Mountains And All Nature Will Tremble In Terror 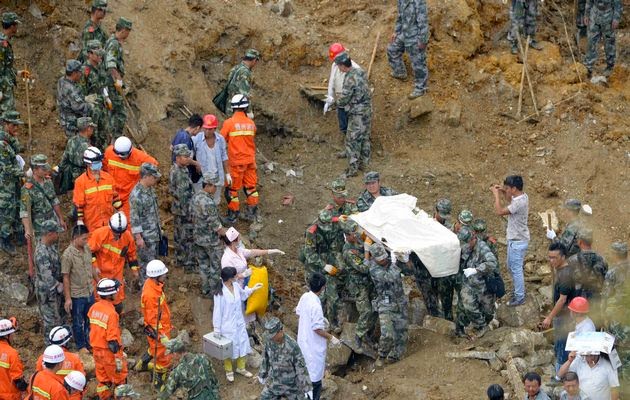 
August 28 (Times Live) More than 600 members of specialized search and rescue teams were working in a pair of destroyed villages in Guizhou provinces, state media reported. They came equipped with electronic devices to detect signs of life, as well as backhoes and other specialized equipment, the reports said. Another 11 people were still missing and 22 left injured from the collapse of a mountainside on Wednesday night following three days of heavy rain. The official Xinhua News Agency said 77 houses collapsed or were buried in the landslide. The breaching of a small reservoir during the landslide also caused flooding that covered houses up to their roofs. State-run China National Radio cited villagers saying they had complained for years to authorities about weakening of the mountainside caused by past mining operations. Unrestricted mining and quarrying is frequently blamed for causing landslides in China's remote, mountainous southwestern provinces.