Mass Casualty Incidents Prior To The Death Of Pope: 375 Dead In Typhoon Rai

Following up posts on Mass Casualty Incidents leading up to the death of the first of the Two Popes:

MASS CASUALTY INCIDENTS PRIOR TO THE DEATH OF POPE: 49 CENTRAL AMERICAN MIGRANTS DEAD, 58 INJURED AFTER TRUCK CRASH IN SOUTHERN MEXICO.....

MASS CASUALTY INCIDENTS PRIOR TO THE DEATH OF POPE: 100 KILLED AS TWISTERS RIP THROUGH MISSISSIPPI VALLEY 'SHREDDING' NURSING HOME AND DESTROYING AMAZON WAREHOUSE

375 people are confirmed dead after 168mph Typhoon Rai battered the Philippines, leaving many survivors pleading for food and water

The death toll following the strongest typhoon to batter the Philippines this year has risen to a total of 375, with 52 other people still missing and several central towns and provinces grappling with downed communications and power outages and pleading for food and water, officials said Monday. At its strongest, Typhoon Rai packed sustained winds of 121 miles per hour and gusts of up to 168 mph before it blew out Friday into the South China Sea. At least 375 people were killed, 52 remained missing and 239 were injured, according to the national police. The toll was expected to increase because several towns and villages remained out of reach due to downed communications and power outages although massive clean-up and repair efforts were underway. Many died due to falling trees and collapsing walls, flash flood and landslides. A 57-year-old man was found dead hanging from a tree branch and a woman was blown away by the wind and died in Negros Occidental province, police said.Governor Arlene Bag-ao of Dinagat Islands, among the southeastern provinces first hit by the typhoon, said Rai's ferocity on her island province of more than 130,000 was worse than that of Typhoon Haiyan, one of the most powerful and deadliest typhoons on record and which devastated the central Philippines in November 2013 but did not inflict any casualties in Dinagat. 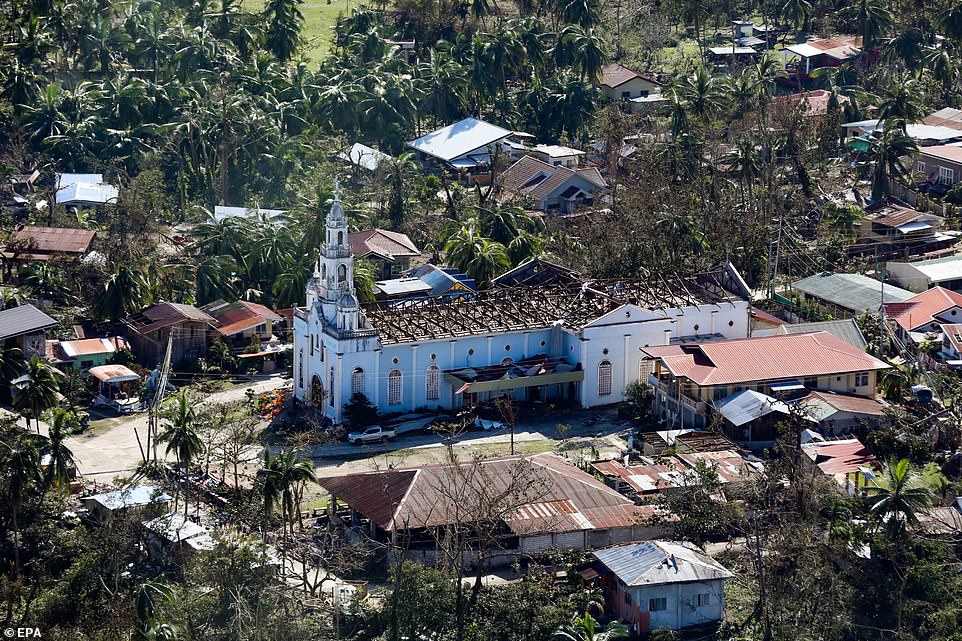 'If it was like being in a washing machine before, this time there was like a huge monster that smashed itself everywhere, grabbed anything like trees and tin roofs and then hurled them everywhere,' Bag-ao said. 'The wind was swirling north to south to east and west repeatedly for six hours. Some tin roof sheets were blown away then were tossed back.' At least 14 villagers died and more than 100 others were injured by flying tin roofs, debris and glass shards and were treated in makeshift surgery rooms in damaged hospitals in Dinagat, Bag-ao said. Many more would have died if thousands of residents had not been evacuated from high-risk villages. Like several other typhoon-hit provinces, Dinagat remained without electricity and communications and many residents in the province, where the roofs of most houses and buildings were ripped off, needed construction materials, food and water. Bag-ao and other provincial officials traveled to nearby regions that had cellphone signals to seek aid and coordinate recovery efforts with the national government. Source 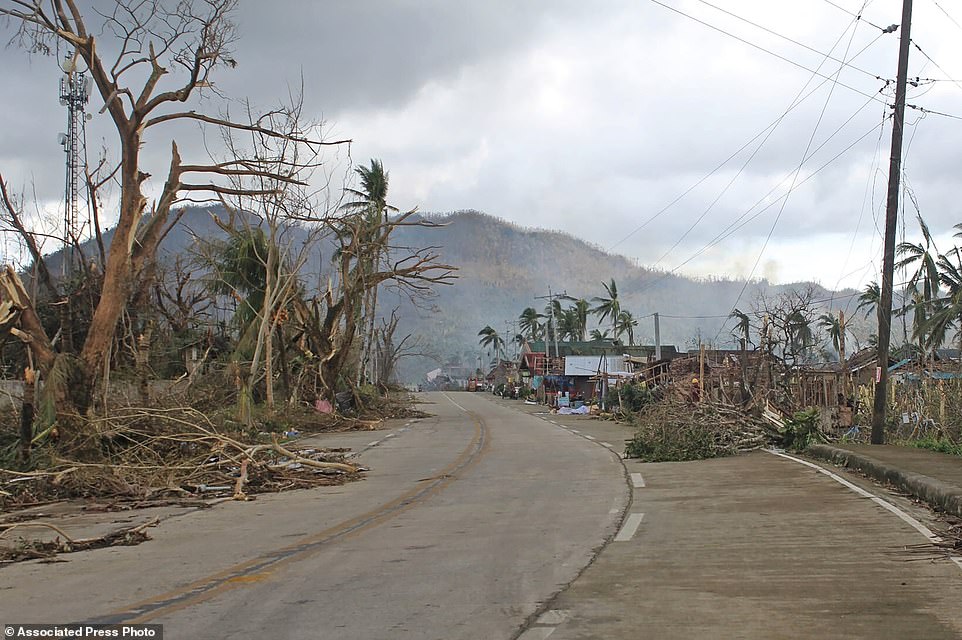 Mass Casualty Incidents will start to be a thing now that one of the Two Popes will die soon.

You will see more of these Mass Casualty Incidents up until the death of the Pope.

No one is talking about these coming  Mass Casualty Incidents...yet...but they will soon.

These Horrible Mass Casualty Incidents will be the latest trend.

As usual this is the first blog to take notice - others will follow once they read this post....as always....

"I protest highly against a different text, which people may dare publish after my death. I protest once more against the very false statements of all those who dare say and write First that I embroidered the Secret; second, against those who state that the Queen Mother did not say to transmit the Secret to all her people." Mélanie
at December 20, 2021