Mass Casualty Incidents Prior To The Death Of Pope: 100 Killed As Twisters Rip Through Mississippi Valley 'Shredding' Nursing Home And Destroying Amazon Warehouse 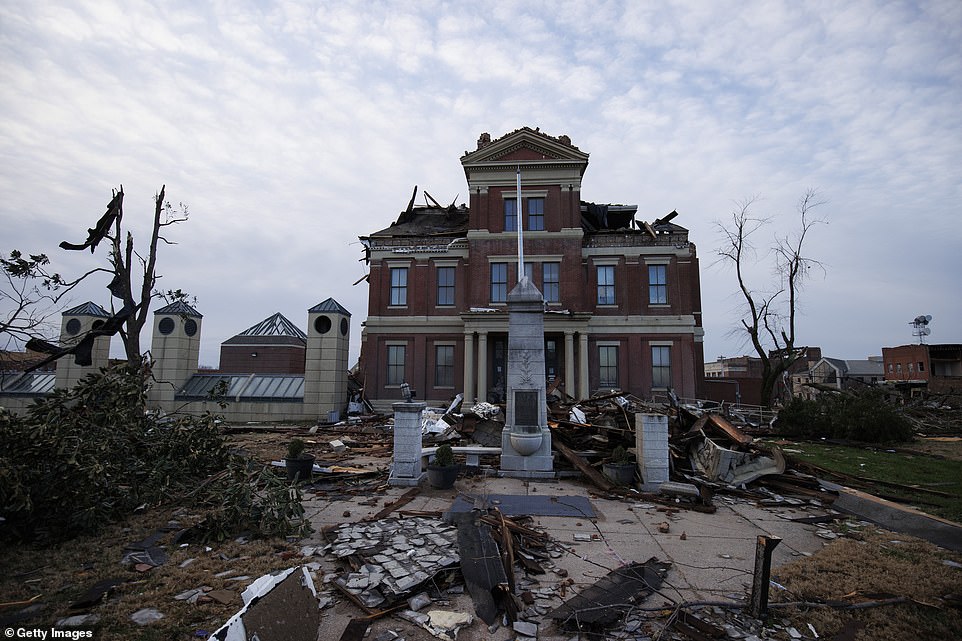 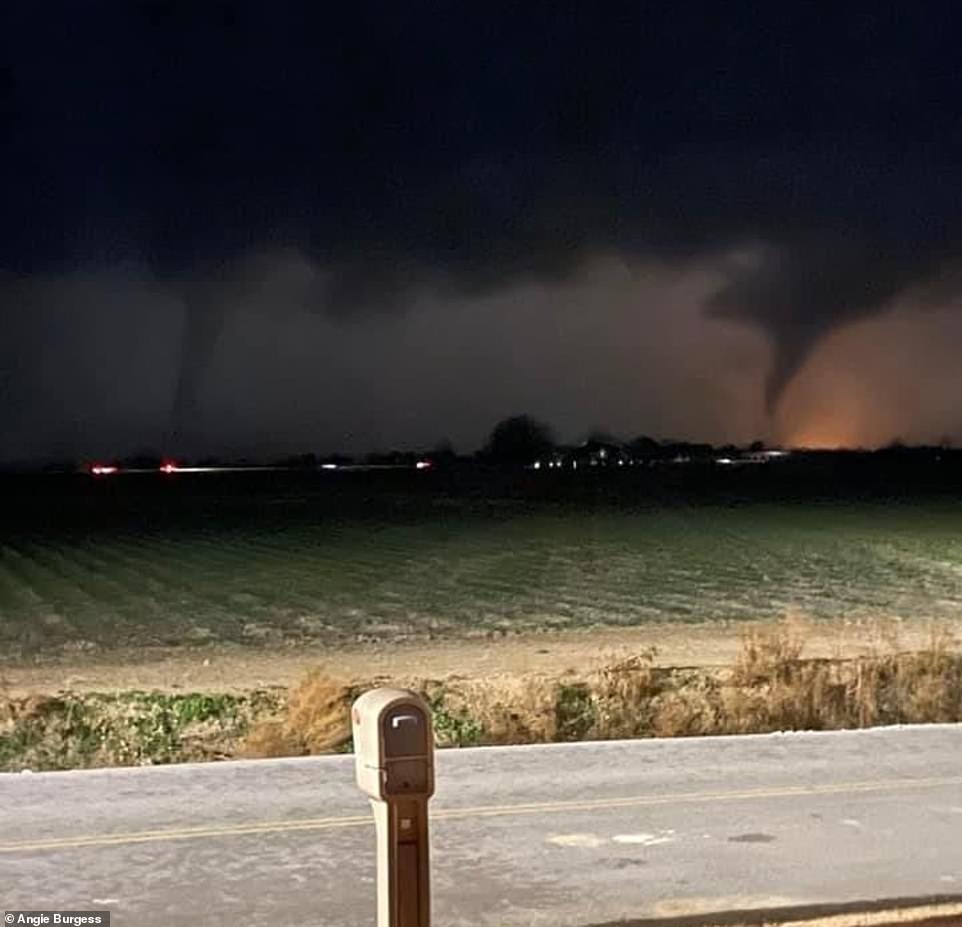 Following up posts on Mass Casualty Incidents leading up to the death of the first of the Two Popes:

MASS CASUALTY INCIDENTS PRIOR TO THE DEATH OF POPE: 49 CENTRAL AMERICAN MIGRANTS DEAD, 58 INJURED AFTER TRUCK CRASH IN SOUTHERN MEXICO.....

Mass Casualty Incidents will start to be a thing now that one of the Two Popes will die soon.

You will see more of these Mass Casualty Incidents up until the death of the Pope.

No one is talking about these coming  Mass Casualty Incidents...yet...but they will soon.

These Horrible Mass Casualty Incidents will be the latest trend.

As usual this is the first blog to take notice - others will follow once they read this post....as always.... 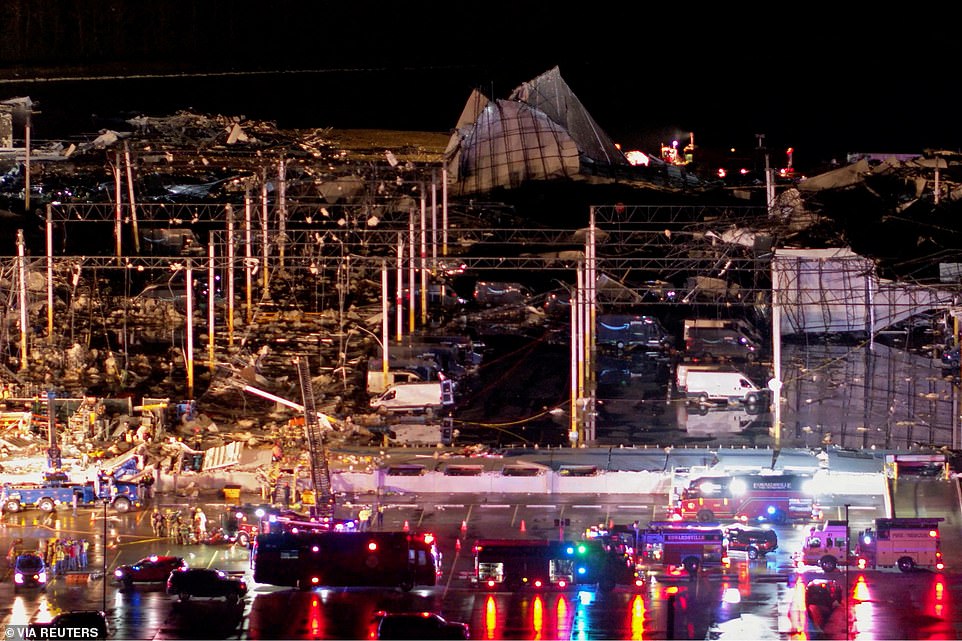 At least 50 are killed by tornadoes in Kentucky's deadliest storm in a century: Twisters rip through Mississippi Valley 'shredding' nursing home and destroying Amazon warehouse

At least 50 people are thought to have been killed in Kentucky, and there are multiple fatalities at an Amazon distribution center in Illinois, after at least 24 tornadoes ripped across the South and Midwest of the US on Friday.  Kentucky Governor Andy Beshear estimated the toll would 'exceed 50' but could reach 100 after 'some of the worst tornado damage' the state has experienced 'in a long time'. 'This has been one of the toughest nights in Kentucky history and some areas have been hit in ways that is hard to put into words,' Beshear told a news conference early on Saturday. 'I fear that there are more than 50 dead in Kentucky... probably closer to somewhere between 70 and 100, it's devastating.' The governor added the damage was 'some of the worst we've seen in a long time' in the town of Mayfield, a small city of about 10,000 people in the far western part of Kentucky, where the Bluegrass State borders Illinois, Missouri and Arkansas. 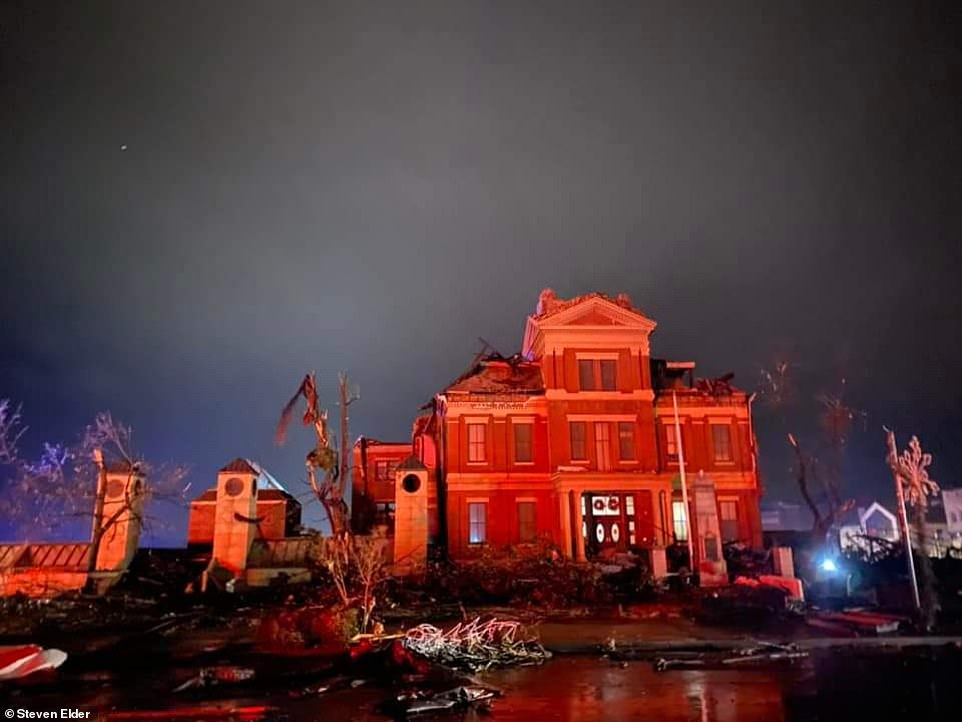 Beshear said 'dozens' were believed killed in a Mayfield candle factory where 110 were working when the storm hit. The early casualty estimates suggest that the tragedy is the deadliest tornado strike in Kentucky in more than a century, on a scale last seen in 1917 when twisters killed 67 in the western tip of the state. One tornado among the dozens that struck is estimated to have a damage path of more than 200 miles, which would approach or exceed the all-time record. Beshear has declared a state of emergency and requested an immediate federal disaster declaration. A spokeswoman for the state's emergency management service said that rescue officials had not confirmed figures for deaths or injuries as of early Saturday. Elsewhere, in southern Illinois, authorities said at least two were dead and up to 50 people were trapped after a roof collapsed at an Amazon warehouse near St. Louis late on Friday, when tornadoes and strong storms blew through the area. At least two were killed and five were injured when a tornado shredded the roof of a nursing home in Monette in northern Arkansas and another person killed in Missouri. A further three people were killed in the severe weather in Tennessee, Dean Flener, spokesman for the state's Emergency Management Agency said. Source 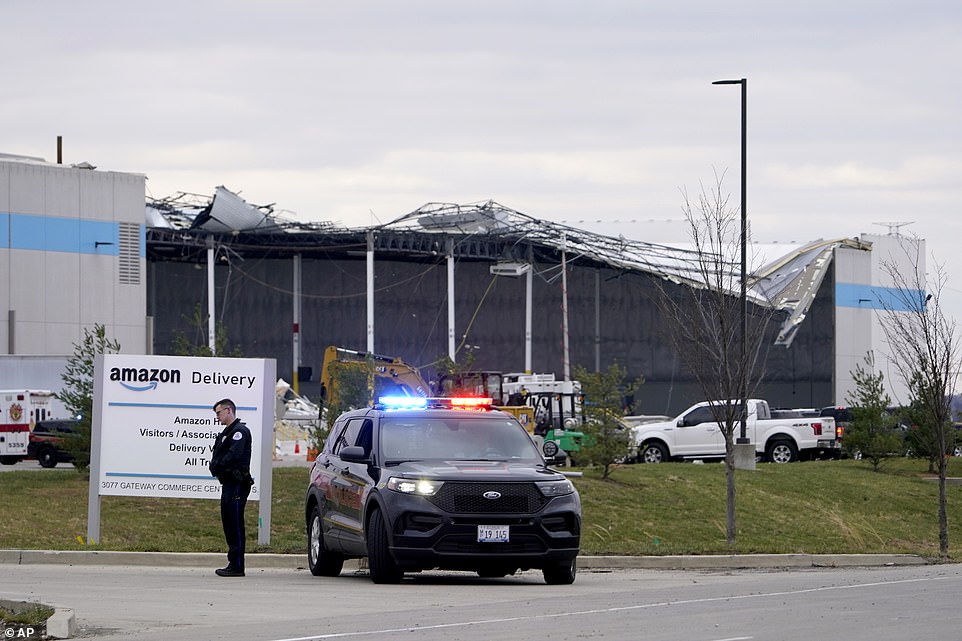 "I protest highly against a different text, which people may dare publish after my death. I protest once more against the very false statements of all those who dare say and write First that I embroidered the Secret; second, against those who state that the Queen Mother did not say to transmit the Secret to all her people." Mélanie
at December 11, 2021