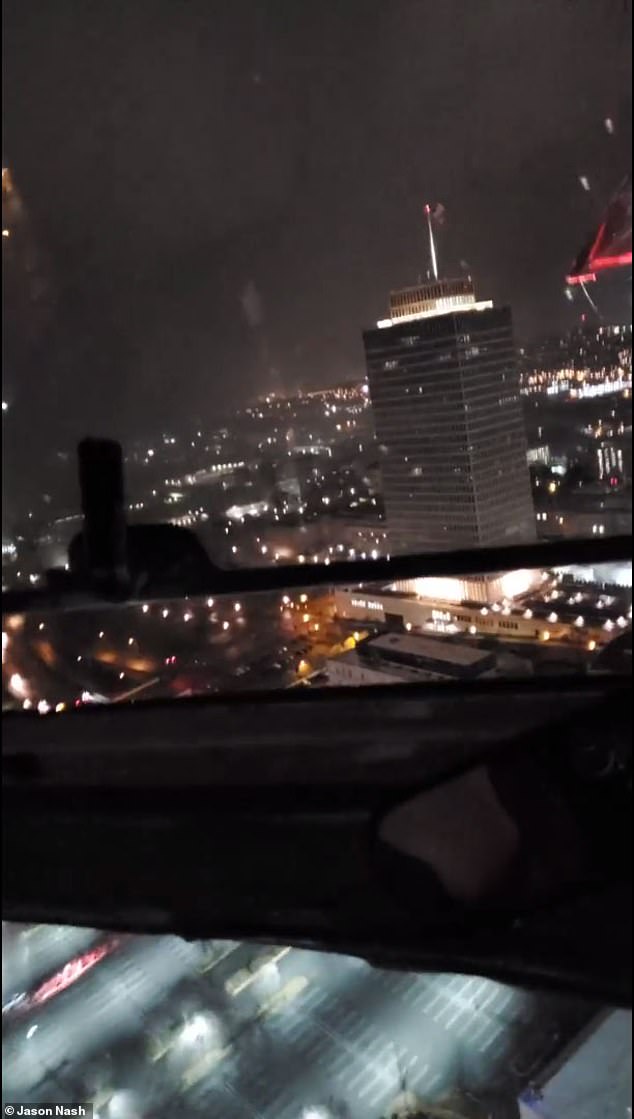 Terrifying video footage shows the moment a tower crane operator helplessly watches a Tennessee tornado spiral towards him as he's stuck over 300 feet in the air.   Kentucky man Jason Nash was working in a high tower crane in Nashville on  early Tuesday when a tornado appeared and started to tear through the city.    Nash frantically recorded the moment he panicked as he was suspended 375 feet in the air in the crane cab as the winds began to roar and bright lights started to flash in the distance. Source

Pope Francis Releases Encyclical on Ecology On The Feast Of St. Ephrem Who Was Warned To Do Penance By A Severe Angel Who Appeared To Him Several Times, Helping Him Also To Accept His Chastisement