How Many Days In OCTOBER 2019 Before There Is A Need To Pray JESUS PSALTER? 21 DAYS! TWISTER TOUCHES DOWN DALLAS! 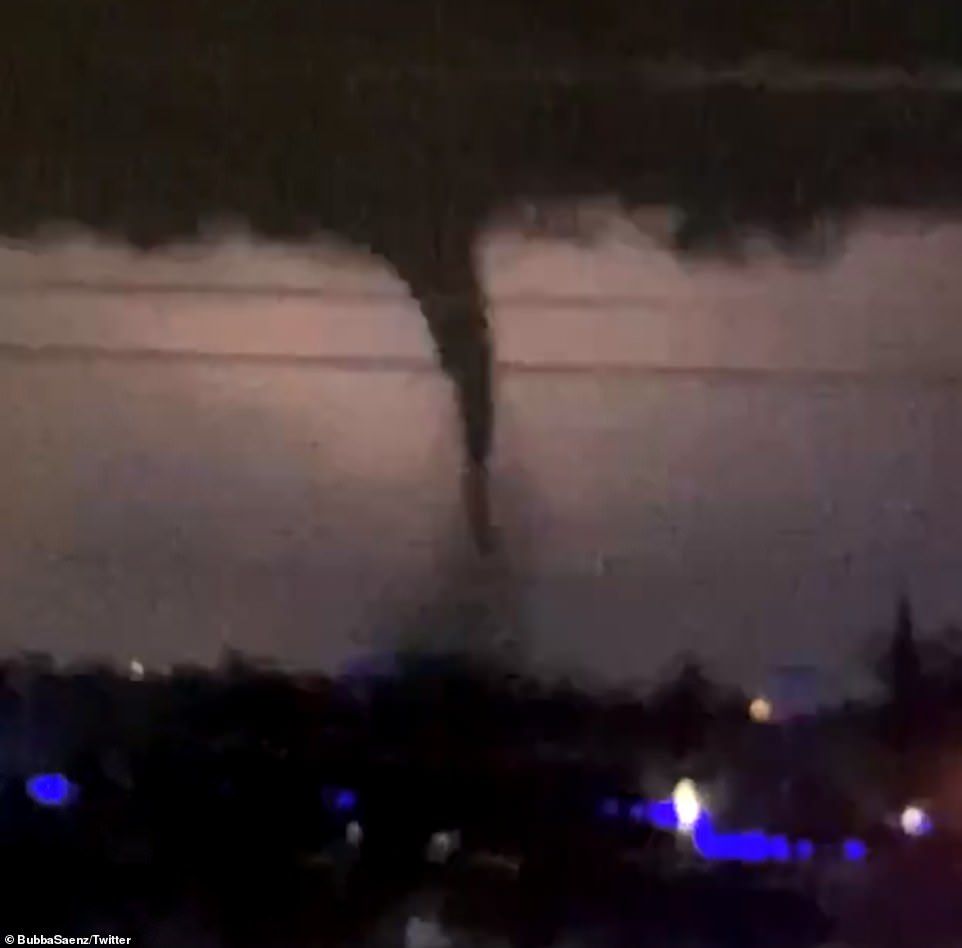 Tornado touches down in Dallas without warning overnight to wreak carnage with 111mph winds that destroy everything in its path as emergency services desperately hunt for casualties .

A violent tornado with winds of up to 111mph tore through Dallas on Sunday night, leveling buildings, tossing trailers and cutting power to thousands of homes.   Rescuers launched a desperate overnight search for casualties in the city while officials issued a Tornado Watch across most of North Texas as the weather phenomenon tore through the state.    The National Weather Service confirmed that a twister touched down near Love Field Airport just before 9pm before moving approximately 17 miles northeast through the city as residents of Dallas and Ellis counties were warned to take shelter.   More than 175,000 Oncor customers lost power due to the storms - including around 60,000 of those customers in Dallas - according to the city, which opened a shelter at around 2am.    Hail the size of baseballs was seen by residents as fire officials said they were responding to multiple calls about people injured by broken glass.  There were no reports of fatalities or serious injuries in the aftermath of the tornado, but three people were taken to hospital for evaluation of non-life-threatening injuries. Source