THE DOGS TO TEAR: Elderly Man, Teen Boy Attacked By A Pack Of Dogs.... 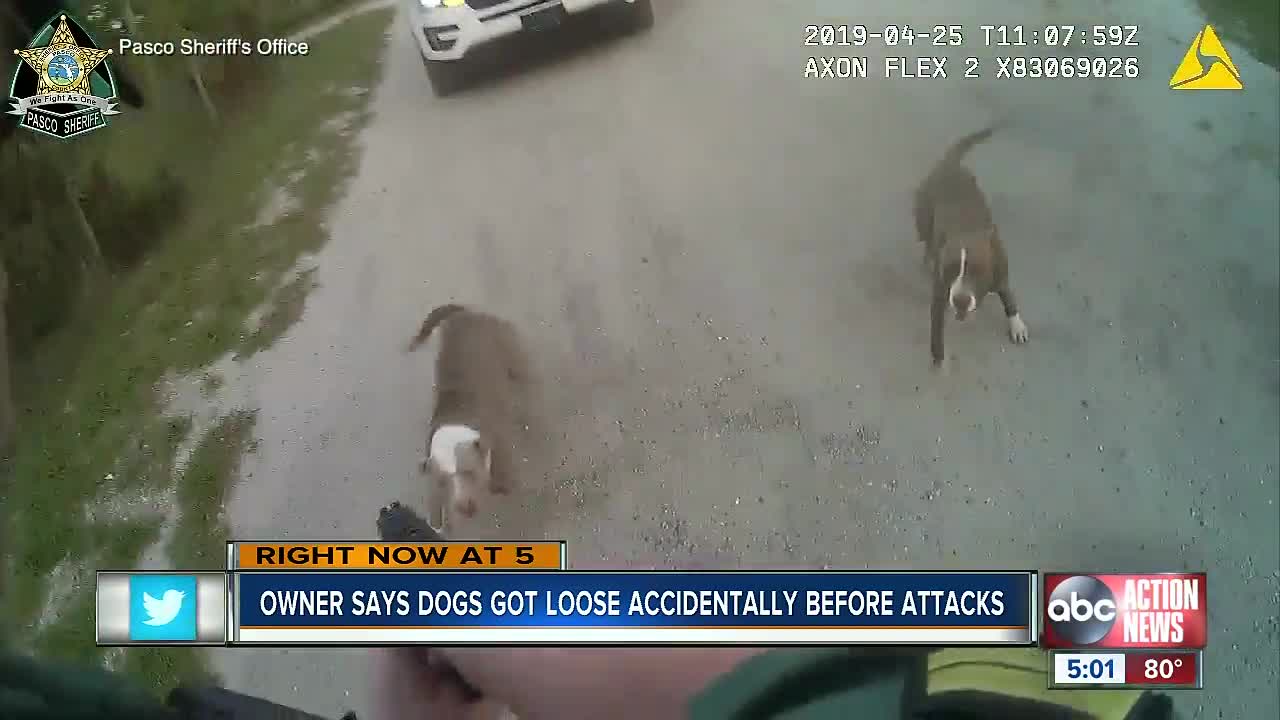 SHADY HILLS, Fla. — A 15-year-old boy suffered minor injuries and an elderly man suffered serious injuries after a pack of dogs attacked both of them at two different locations in Pasco County on Thursday morning. Deputies responded to two dog attacks in Shady Hills after a call came in at 6:53 a.m. that the dogs were roaming in the area of Crews Lake Park. Deputies say preliminary information indicates that a pack consisting of three adult dogs and two puppies attacked the two victims. Initially, the Sheriff's Office reported that the dogs were bulldogs. The owner confirmed to ABC Action News that the dogs involved are pit bulls. Source